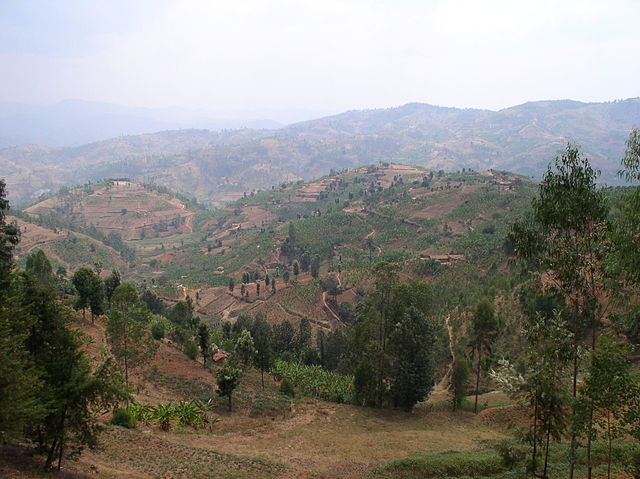 Twenty-four African nations launched a new initiative on Tuesday to restore forests in the East and Southern African regions.

The Landscape Restoration Hub for the Eastern and Southern African countries was inaugurated in the Rwandan capital Kigali during celebrations of International Forests Day. The hub aims to provide technical support, funding and incentives to forest restoration programs in more than 24 countries across the two regions.

A bid to reverse degradation

Jesca Eriyo, the deputy Secretary General of East African Community, said the hub has been established in line with the Bonne Challenge – the world’s largest initiative on forest restoration – which was established in Germany in 2011.

The hub aims to halt rapid degradation in African countries and adopt restoration as part of the drive for economic sustainability across the continent.

“Annually over 55,000 million of hectares are degraded in the region,” Eriyo said. “And this is affecting ecosystems, biodiversity and tourism. We have to build the capacity of the centre to deal with such issues. Restoration needs resources and we have to educate [the] community, give them other alternatives.”

Under the Bonne Challenge, the target of 150 million hectares of forest are to be restored and 350 million hectares by 2030. Those targets, if met, have been calculated to represent up to $85 billion per year for global economies by 2020 and $5.5 trillion by 2030.

So far, 70 million hectares have been committed since the challenge was launched in 2011. Tanzania has already pledged to restore five million hectares, while Rwanda and Burundi have both committed to restoring two million each. Kenya is still finalising its commitments and various other countries are yet to make their pledge.

The theme of International Forests Day this year was Forests are key to the planet’s supply of fresh water, which is essential for life. Experts have warned that a third of the world’s largest cities rely on forested protected areas for direct water supply.