Africa has six of the world’s fastest growing economies in 2018, but experts warn of danger 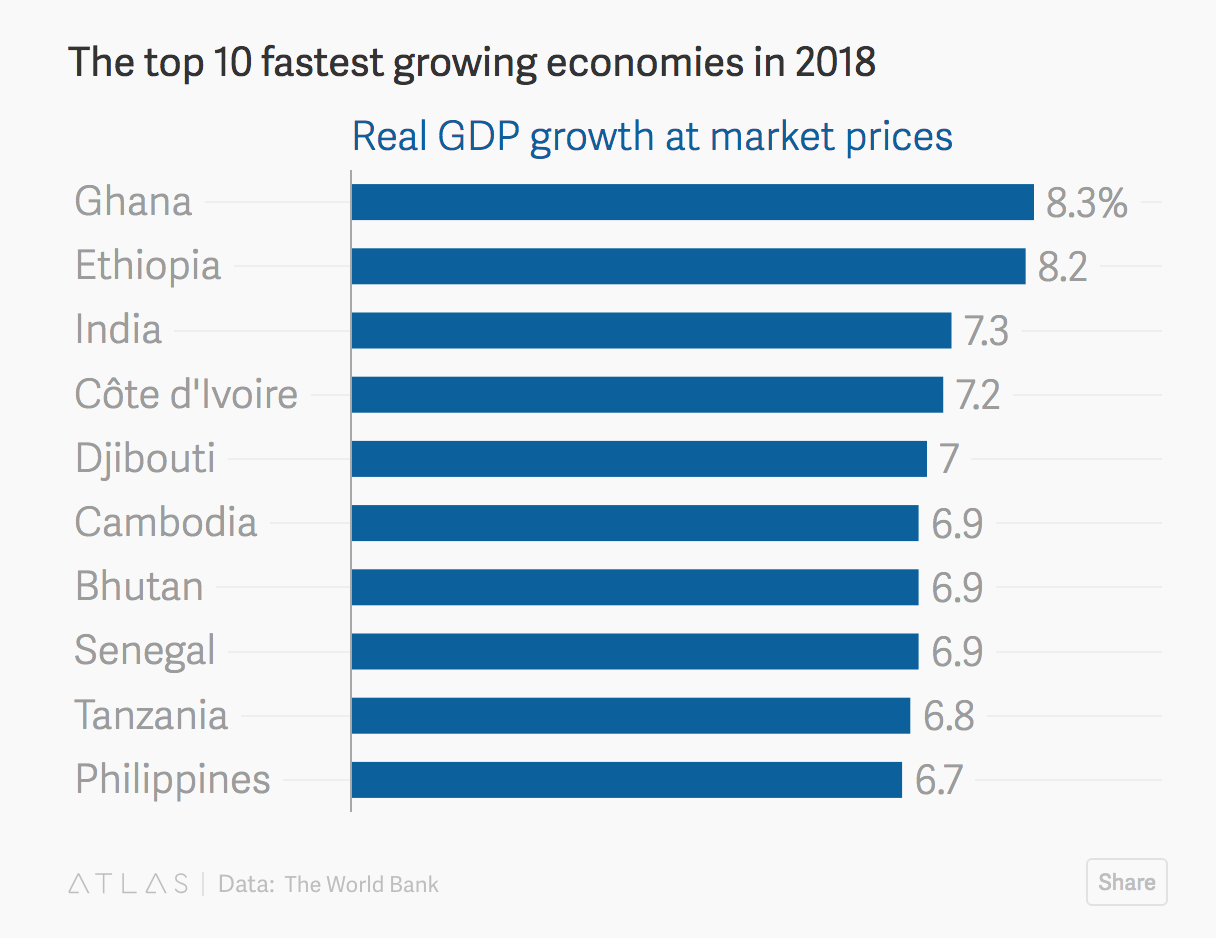 According to data from The World Bank, Africa will be home to six of the world’s fastest-growing economies in 2018. The financial institution forecasts growth of 3.2% for the year across Africa, up from 2.4% in 2017, and estimates further growth of 3.5% in 2019.

The outlook for Africa’s economies is generally quite positive for 2018, but some experts warn that the continent’s largest economies need to do more. Without Africa’s three largest economies – Angola, Nigeria and South Africa – the region’s growth would be at 5% for 2018, a significant jump from the current 3.2%.

Brahima Coulibaly, director of Brookings’ Africa Growth Initiative says Africa’s largest economies are in danger of making little progress over the next decade unless they implement economic reforms and introduce policies to encourage growth.

“These large economies are at risk of a lost decade unless policymakers implement significant reforms to shift the growth model away from excessive reliance on oil in Angola and Nigeria and, in the case of South Africa, to overcome structural problems—many inherited from the apartheid era,” he said.

His warning comes at a time when the world’s fastest-growing economies aren’t reliant on commodities like the region’s biggest players have been for years. 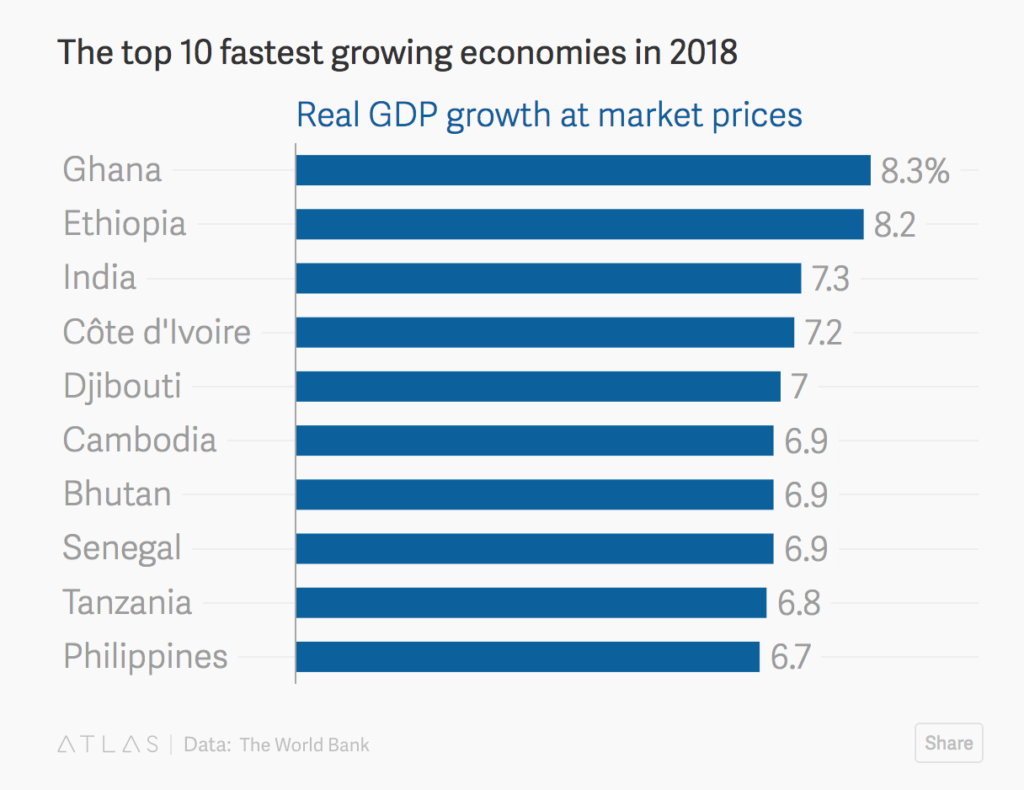 According to The World Bank, Ghana is the world’s fastest-growing economy in 2019, overtaking Ethiopia which moves down into second. Côte d’Ivoire, Djibouti, Senegal and Tanzania complete the lists of African nations in the top ten. These are the countries driving the region’s growth this year but experts are concerned about stalling economic progress in Africa’s largest economies.

Countries like Ghana and Ethiopia have achieved economic stability by diversifying their economies with a heavy emphasis on privatised business. While Africa’s biggest economic names remain highly reliant on commodities that are struggling to maintain growth. Experts suggest Nigeria, Angola, South Africa and Africa’s other commodity reliant economies are in serious danger if they can’t diversify.

While oil prices are expected to recover this year, the likes of Nigeria and Angola – Africa’s largest oil producers – will continue to suffer from market fluctuations unless they develop other areas of their economies.

Meanwhile, debt in these countries continues to rise.

Another issue experts are warning African nations about is an international community that spends less on sending aid to Africa. We’ve already seen the UK announce it will stop sending aid to drought-hit parts of Kenya and suggest other countries could see British funding cut, too.

Historically, Britain is Africa’s strongest voice in debating how much aid it should receive from the EU. Brexit not only means African nations lose a key ally in the EU, it is also forcing the UK to rethink the way it sends funding to overseas countries. Meanwhile, the Trump administration also appears to be taking a more strict approach to international spending – a trend that’s catching on as advanced economies take a more protectionist stance than we’re used to seeing.

The result for Africa is that – now more than ever – countries need to stand on their own two feet and build their own economies via diverse, sustainable development.