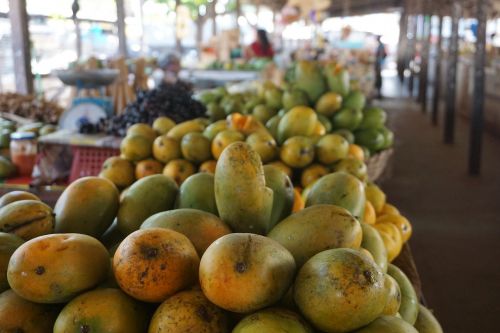 Earlier this month, the Route to Food Initiative published a study [PDF] revealing the widespread use of pesticides by Kenyan farmers, using chemicals banned in Europe but approved by the Kenyan Pest Control Products Board.

However, this isn’t only a problem in Kenya. Previous studies have highlighted the dangerous use of chemical pesticides in Africa and a growing catalogue of research points towards a major health hazard emerging across the continent, as agrichemical firms capitalise on food shortages and agricultural development.

Africa is edging towards a chemical food crisis similar to the one spreading across Southeast Asia, where the battle to supply food demands has literally been tainted by a series of food scandals – from rice paddies doused in chemicals, shrimp injected with silicon and toxic coffee being sold in stores and cafes, to name a few common instances.

Capitalising on a food crisis

Last year, the world’s largest pesticide manufacturer, Syngenta, responded to ongoing criticism that the company sells chemicals outlawed in the EU to other markets around the world with weaker rescritions on chemical use.

CEO J Erik Fyrwald suggested there a high-risk of food shortages around the world without the use of pesticides and defended his company’s policy of selling products containing outlawed chemicals in certain regions.

It’s a convenient argument from a company that’s essentially profiteering from food crises around the world. Unfortunately, the poorest people who are most vulnerable to food insecurity are also those who are most reliable on the cheaper, chemical-laden food being produced across much of Africa (and other developing regions of the world) and also most vulnerable to the health implications that are becoming increasingly apparent.

For major Agrichemical firms like Syngenta, pesticides empower farmers to grow more crops using less land, which then empowers them to expand and grow yet more food – ultimately increasing the volume of pesticides they need to use to sustain productivity.

All farmers are concerned with profit – there’s nothing inherently malicious in that – and farming conditions are becoming increasingly volatile. Likewise, populations are rapidly growing across Africa, which means there are more mouths to feed from a shrinking surface of farmable land.

Pesticides offer an immediate, convenient and profitable solution to many of these problems but they’re also resulting in a growing number of children growing up, feeding on tainted food from the day they’re born. We still don’t know what the long-term health implications of this will be but we do already know many of the chemicals being used in mass production farming in Africa are causing cancer, miscarriages, kidney damage and a range of severe health conditions.

As Route to Food points out in its study, a large part of the problem is a lack of understanding among farmers and consumers when it comes to the proper use of pesticides.

“Kenyan consumers and farmers are not aware about the extent of pesticide use, their concentrations in food and environment and their possible effects on the environment and ecosystem services,” the study published by Route to Food Initiative explains.

Its findings are alarming, too.

The study shows that a third of all active ingredients in pesticides sold in Kenya are banned in Europe because they’ve been found to cause cancer and other illnesses. It also finds that at least 24 products being widely used by Kenyan farmers are classified as carcinogenic, meaning they are known to cause cancer, while another 24 are mutagenic, meaning they cause damaging genetic mutations.

Growing toxic food is not a solution to avoiding food shortages but it does make Agrichemical firms and opportunistic farmers huge amounts of money. African governments are quick to boast about agricultural development achievements but the statistics gloss over the widespread use of toxic chemicals.

A highly-profitable quick fix is going to result in an entirely different kind of food crisis where an entire generation of people grow up eating poisoned produce and the subsequent health crisis could last for generations to come.

Research has shown that farmers can significantly reduce the amount of pesticides they use without hurting productivity but we shouldn’t need to address this issue in purely economic terms.

Feeding people toxic food is inexcusable – there’s no room for debate on this.

African governments (and governments around the world) need to implement tighter regulations on pesticide use, educate farmers and consumers about the proper use of pesticides and the dangers of misuse and seek non-chemical solutions to achieving global food security.