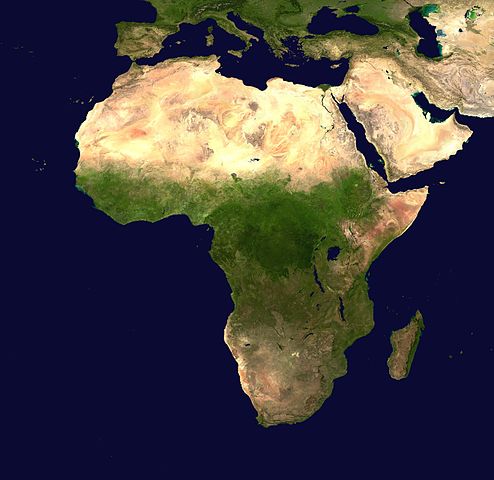 In March this year, more than 40 African leaders signed a free trade pact that aims to make it easier for countries across the continent to produce, sell and do business across borders.

Intra-African trade is key to sustainable development and long-term economic security – there’s little debate about that. Yet, the latest figures suggest the recent efforts by African leaders to remove trade barriers isn’t having enough of an impact with internal trade across the continent remaining low.

While the African Continental Free Trade Area (AfCFTA) signed in March proves African leaders acknowledge the importance of internal trade, they now need to prove their willingness to remove the existing barriers standing in the way of it – something that will take more than signatures and handshakes.

Despite the signing of trade agreements between a majority of African nations, the free movement of goods and business is still being held back by non-tariffs barriers, red tape, insufficient infrastructure and political conflicts.

This has been evident in the East African Community (EAC), which has its own regional trade agreements to boost local business. However, poor relations between neighbouring countries has been an ongoing problem for regional trade, as outlined by TradeMark East Africa. Reports of Rwandans with dual Ugandan citizenship being stopped at the border by immigration officials aren’t uncommon.

Friction between Rwanda President Paul Kagame and Uganda’s Yoweri Museveni appear to be hindering the progress of trade between the neighbouring countries.

East African traders also complain that new rules and regulations fail to make it as far as the customs officials greeting them at either side of borders. A lack of information and training means traders are charged taxes on goods incorrectly and subject to checks on both sides of the border, rather than one.

As UNCTAD Secretary-General Mukhisa Kituyi told leaders at a business forum told African leaders on the eve of signing the AfCFTA, political declarations must be matched with concrete actions – and this isn’t happening yet.

It’s not all bad news for intra-African trade, though.

Ethiopian Airlines is one of Africa’s biggest business success stories with some speculating it could become the next Emirates.

Of course, the triumphs of Africa’s biggest businesses won’t offer much comfort to the traders being stopped at borders but it can only be positive that the AfCFTA agreement is at least making trade easier at some level. Now, African governments need to work harder to make sure the new rules and regulations filter their way down to smaller traders who don’t have the same influence and access to finance as companies like Ethiopian Airlines.

Intra-African trade is actually much higher than figures suggest

As a recent report from QZ Africa explains, intra-African trade is much higher than economists and official figures suggest. The problem is a large portion of the trade passing between African borders is informal – either bypassing customs entirely or making it through without being recorded.

This highlights two other major barriers getting in the way of open trade in Africa: regulation and corruption.

However, it also highlights something more important: the opportunity African economies are currently missing out on by failing to facilitate and regulate this trade. According to OECD findings, it’s estimated that 30% to 40% of African’s regional trade is informal.

Such high levels of informal trade prove that African is ready to do more internal business but also highlights the shortcomings of existing policies between nations. Governments need to do more to reduce the prevalence of informal trade (to ensure the quality of goods, for one thing) but they need to do so in a way that helps traders do business legitimately – not shutting them out of the market.

Essentially, the trade barriers making life difficult for Africa’s legitimate traders and those forcing a significant proportion to trade informally are the same. African governments need to do more to remove these barriers before they can start lauding the African Continental Free Trade Area (AfCFTA) as a historic moment.

Featured image: By NASA – The image is a crop (and jpeg encoding) of the 21600 x 10800 TIFF from [1]. Care was taken to include the Azores, Cape Verde, the Arabian peninsula, and the islands immediately East off Madagascar., Public Domain, https://commons.wikimedia.org/w/index.php?curid=10199518