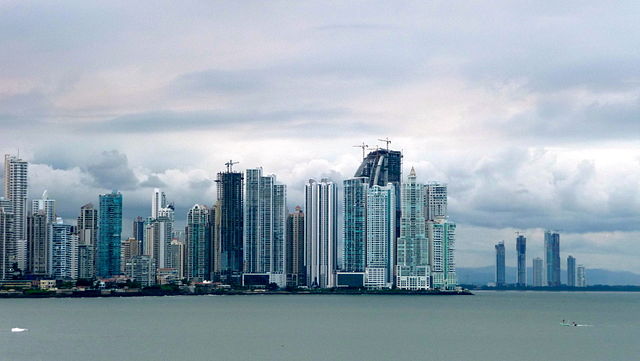 A number of African nations have been implicated in the Panama Papers scandal, in which millions of leaked documents reveal the offshore tax havens of world leaders, high-profile politicians and some of the world’s richest.

It’s the largest data leak in history, linking Russian president Vladimir Putin to a $2bn trail and a further 11 world leaders to offshore companies. They are among 143 politicians linked to tax havens, with various family members and associates also being implicated – including key figures in Africa.

The leaked documents name the nephew of South African president Jacob Zuma as a representative of Caprikat Limited – an offshore company that acquired oilfields in Democratic Republic of Congo. Khulubuse Zuma has been associated with the firm, which is registered in the British Virgin Islands, but this doesn’t necessarily mean he’s done anything illegal; he’s simply been linked to the company at this stahe. His spokesperson has insisted the tycoon has no offshore accounts whatsoever.

Kalpana Rawal, Deputy Chief Justice and Deputy President of Kenya’s Supreme Court, has been linked to 11 offshore companies registered in the British Virgin Islands. She’s been listed as a director or shareholder of four companies and her husband another seven, according to Daily Nation. She says nothing illegal has been done with any of the companies, three of which have been used to buy and sell property in the UK.

The ex-governor of Nigeria’s Delta state

James Ibori served as Nigeria’s governor of the Delta state – Africa’s richest oil producing state – between 199 and 2007. In 2012, he was convicted of fraud to the sum of nearly £50 million by a London court. He’s currently serving a 13-year sentence in the UK and now he’s been linked to four offshore companies in the Panama Papers leak.

The twin sister of Congo’s president

The twin sister of Congolese president Joseph Kabila has been linked to Keratsu Holding Limited, a firm based in the Pacific island of Niue in 2001. Jaynet Désirée Kabila Kyungu has been a member of parliament in Democratic Republic of Congo since 2012. She’s also a prominent media figure, running Digital Congo across TV, radio and online channels.

Angola’s two-time petroleum minister José Maria Botelho has been listed as having power of attorney for Media Investments Limited, which was also established in Niue in 2001. Like Jaynet Désirée Kabila Kyungu, Botelho de Vasconcelos hasn’t yet responded to the allegations outlined by the Panama Papers leak.