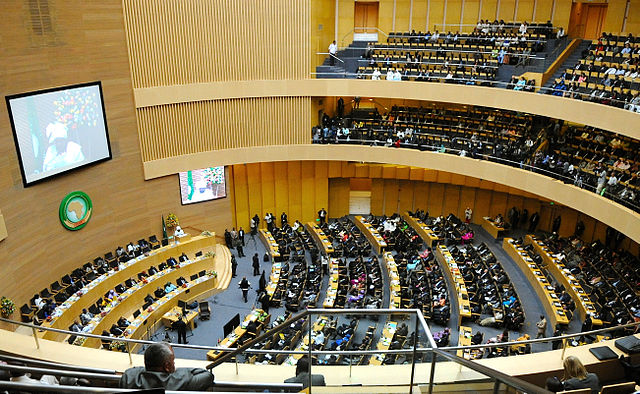 The African Union has called for a mass withdrawal from the International Criminal Court (ICC).

Following a debate at the African Union’s annual heads of state summit in Addis Ababa on Tuesday, the regional bloc voted for all member states to withdraw from the ICC. However, the resolution is non-binding with Nigeria and Senegal the only countries to oppose a withdrawal.

AU decides to leave the ICC

The African Union (AU) has discussed the idea of leaving the ICC at multiple summits previously, as frustration grows from within African nations. Critics argue that the ICC is unfairly targeting African leaders while ignoring issues taking place elsewhere in the world.

Burundi and South Africa both withdrew from the ICC last year, becoming the first two countries to shun the international court.

The AU announcing its support of a mass withdrawal is a major blow for the ICC, which has seen its reputation repeatedly called into question over recent years. However, the AU’s resolution isn’t as strong as many ICC opposers would have liked and it doesn’t mean a mass withdrawal will actually take place.

Countries to  push for ICC reforms

The AU resolution calls on African nations to consider how to implement a withdrawal from the ICC, but falls short of binding them to go ahead with it. The resolution also calls on nations to continue pushing for reforms at the ICC, which leaves space for a resolution with AU member states and the ICC.

This isn’t the resolution some African leaders were hoping for but it shows how divisive the issue is among AU nations.

During last week’s summit, the AU also agreed to request an advisory opinion from the UN International Court of Justice on the question of immunities of heads of state, and government and other senior officials – a move that could impact the court’s pursuit of Sudan President Omar Hassan Ahmad Al Bashir.