Why are Africans still waiting for visa-free travel? 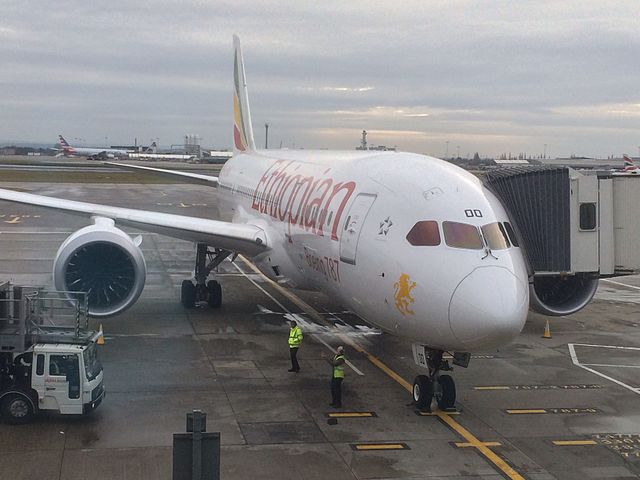 In 2016, the African Union (AU) announced plans to introduce a new African Union passport that would travel across the continent much easier. “The scene seems to be set to realize the dream of visa-free travel for African citizens within their own continent by 2020,” the AU said in a statement announcing the launch.

However, in 2018, crossing borders remains a difficult process for the vast majority of Africans. Even now, African citizens on average need a visa to travel to more than 50% of nations across the continent. This makes travelling in Africa significantly easier for Americans, Brits and various other nationalities than it does for the majority of Africans.

It’s not only African citizens that feel the constraints of travel difficulties either. Business travel is a painful process between African countries and the impact on trade between the continent’s nations is undeniable.

So why are Africans still waiting for visa-free travel?

Progress is being made

The visa-free travel dream in Africa is taking longer than some African union optimists might have hoped but true progress is being made. In November last year, six nations – Cameroon, Central African Republic, Chad, Equatorial Guinea, Gabon and the Republic of Congo – announced visa-free movement for citizens among their nations under the Central African Economic and Monetary Community (CEMAC).

Meanwhile, Kenya became the latest country to relax visa requirements from citizens from African nations, who no longer need to get a visa prior to their arrival.

According to the African Development Bank, which monitors visa openness of countries, at least 21 countries have loosened or scrapped their visa rules entirely. While Benin, Ghana, Mauritius, Nigeria, Rwanda and Seychelles have all adopted visa-free policies to make travel easier between African countries.

That amounts to genuine progress made since the AU launched its African Union passport in 2016. However, there still a number of issues holding back the transition to a visa-free Africa.

Negotiations for the Central African Economic and Monetary Community (CEMAC) visa-free movement agreement started 16 years ago. Which tells you something about the complexity of nations coming to the necessary agreements to make visa-free movement possible.

An agreement was reached in 2013 but the process was held back by fears from some nations – namely the oil-rich and sparsely populated Equatorial Guinea and Gabon – that freedom of movement would result in an influx of jobseekers moving in from poorer countries.

This is a common theme that keeps cropping up in the discussion surrounding visa-free travel in Africa.

Africa is making big strides in tackling contagious diseases and dealing with outbreaks but the fact remains that serious issues remain. Africa is still the worst-impacted region in the world when it comes to infectious disease outbreaks and, while much improvement has been achieved in recent years, containing outbreaks as quickly as possible is imperative.

Take Nigeria, for example, where Ebola is still a concern and the government is understandably hesitant to open borders and increase the risk of further health crises.

Another concern Nigeria will have surrounding visa-free travel is the potential increase in security concerns. Extremism is becoming more prevalent in various parts of Africa and relaxing travel rules will only make it easier for terrorists to cross borders as well.

Somalia faces similar problems with Al-Shabaab and the risk od ISIS spreading across northern parts of Africa is very real. Implementing new travel regulations that open the door to travellers without compromising security is a key challenge for a number of countries in Africa.

The economic benefits of a borderless Africa

Experts suggest the economic pros outweigh these concerns and the benefits are well-documented. According to the World Bank, “intra-African trade is more expensive than trade in any other region. According to the report, one African supermarket chain spends $20,000 every week to get import permits for just one country.”

The organisation also points to the impact visa-free travel has had on Seychelles:

“In Africa, Seychelles, one of the few completely visa-free countries. After adopting the policy, Seychelles saw an average 7% increase per year in international tourism into the country between 2009 and 2014. When Rwanda abolished work permits for East African citizens, the country’s trade with Kenya and Uganda increased by at least 50%.”

A question of when, not if

While there are uncertainties in Africa’s journey to visa-free travel, it’s only a matter of time before it happens. There are too many financial powers that stand to gain from a borderless Africa for the current travel restrictions to remain in place. What African governments need to strive for is ensuring the genuine issues visa-free travel raises for Africa are addressed, not simply written off in favour of the financial gains.