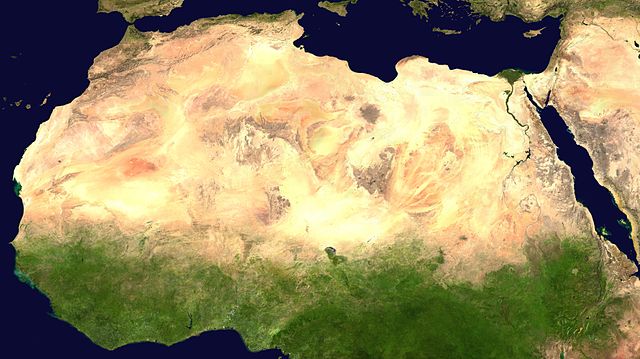 Plans to plant a green wall of trees across Africa will not only battle desertification but also famine, extremism and a number of other challenges facing the continent, according to experts.

The Great Green Wall Initiative would see a 7,000 km strip of vegetation stretch from Senegal in West Africa to Djibouti in East Africa. It’s a project that’s designed to battle desertification which renders land in Africa unusable for agriculture. However, experts feel the project could help tame a number of other problems countries face across the continent.

Desertification feeding other crises in Africa

Camila Nordheim-Larsen of the UN Convention to Combat Desertification (UNCCD) says Africa’s growing deserts impact a number of other crises crippling its countries.

She points out that 60 million people could be forced out of their homes within five years if desertification isn’t halted. Which, in turn, forces many individuals to consider migration or extremism as a means of survival.

“The Great Green Wall is about more than just planting and counting trees, it is about building resilience in communities and developing sustainable projects to give young people reasons to stay,” she told the Thomson Reuters Foundation in Dakar.

Famine: the risk that refuses to go away

The Great Green Wall is designed to trap the sands of the Sahara desert, halt its expansion and help restore 50 million hectares of land across Africa. It’s been a tough year for vulnerable nations in Africa due to one of the strongest El Niño climate shift in decades.

Increased temperatures and less rainfall have caused severe droughts in many countries, including Ethiopia and Zimbabwe. This has exacerbated desertification and put millions in food insecurity while climate change threatens worse weather patterns in the years ahead.

A key step for African nations will be educating farmers to practise sustainable agriculture so they can preserve as much land as possible. Projects like the Great Green Wall Initiative not only aim to bring practical solutions to the problem  but also spread awareness among the general public.

“There is a mobilization of local people, who are at the heart of restoration work and choosing what they want to plant,” one UN representative said.