Africa’s tech boom will save economies and ruin lives 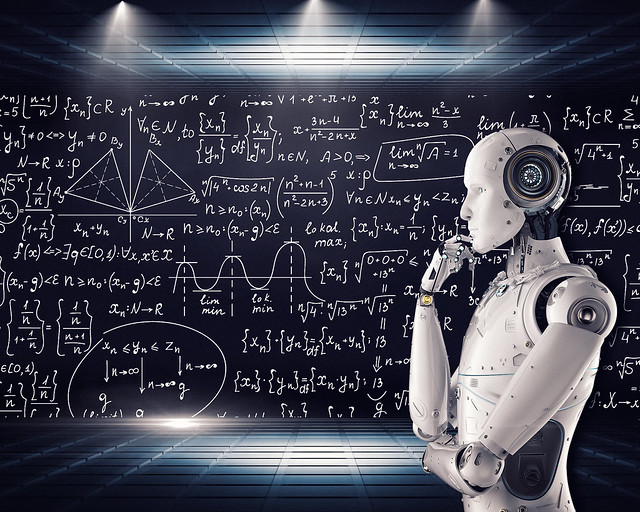 A lot is being said about the rise of technologies such as artificial intelligence and automation in every country around the world. Many experts argue that we’re on the edge of an employment crisis as machines continue to take more jobs away from humans. However, others insist technology will continue to create more jobs than it destroys and point to the fact that machines replacing humans is nothing new in the workplace.

On the topic of Africa, technology is being hailed as a potential saviour to many of the continents most pressing problems. We’ve already got drones flying emergency medical supplies in Rwanda and a new Ebola vaccine fighting the disease in the Democratic Republic of Congo.

Meanwhile, agricultural technology is helping countries increase productivity and improve quality in what remains the most important market for many African countries. And then we have the mobile money boom in Africa with more people now owning a mobile money account than a bank account in Sub-Saharan Africa.

For investors looking to cash in on Africa’s unique tech innovation, there are plenty of opportunities to be had. Africa’s tech boom will save economies and, hopefully, solve some of the problems most pressing issues like the impact of climate change.

However, it’s also going to make some of the continent’s existing problems significantly worse.

While technology has a lot of offer Africa, the sector has been hijacked by foreign investors who see the continent as a final frontier for economic development. Historically, Africa has been plundered for its natural resources but now it’s being seized as a development ground for technology and there’s a huge amount of money to be made.

Sociologist and publisher of Digital colonialism: US empire and the new imperialism in the Global South, Michael Kwet, argues that major US tech firms are battling it out for control over the digital ecosystem in Africa and all of the data that comes with it.

Meanwhile,  a report from VillageCapital in 2017 found that “more than 90% of funding for East African startups went to expat founders.”

Technology is opening up a new frontier of opportunities for Africa but the big winners will be major tech firms and foreign investors.

Welcome to the age of digital colonialism.

Technology vs the people

One of Africa’s most prevalent technology problems is the way it’s used against the people. The internet has transformed lives but governments shut it down at the first sight of political instability, holding political opposition to ransom. Social media networks are also routinely shut down and censored while many countries in Africa have introduced taxes that prevent people from using social media or running independent blogs.

For years, Ethiopia targeted journalists speaking out against the state with anti-terrorism laws, detaining thousands of political prisoners under the controversial laws. The country’s new prime minister, Abiy Ahmed, has released those prisoners and opened up space for political debate but countries like Rwanda, Tanzania and Uganda continue to target journalists and government critics.

The internet was supposed to give everyone a voice but the technology is being used by African governments to silence and detain people.

A key problem across Africa is a distinct lack of regulations and privacy laws to protect internet users and the ramifications will only get worse as digital technology becomes more sophisticated.

Last year, Tanzania formed anti-gay squads as part of a crackdown on homosexuality across the country. The teams targeted people by looking for social media images and posts that suggest same-sex interests and arrested people, calling upon the public to report anyone suspected of being gay.

China’s influence in Africa has soared over the past two decades and the Asian powerhouse has a special talent for wielding its economic might to influence global politics and social issues. Britain ignores China’s horrific human rights record and the ongoing persecution of Uighur Muslims because it needs to enhance trade relations while even Trump’s explosive dialogue in the trade war with China generally stays away from the topic of human rights, save for the occasional outburst.

Technology is at the heart of China’s global influence and the country has established itself as the world leader in artificial intelligence.

The results are already terrifying.

With a population of 1.3 billion people, China simply has more access to data than any other nation of the planet, which can be used to feed intelligent algorithms, making them more efficient and accurate. The country has already announced plans to develop a facial recognition system with a 90 percent accuracy rate.

Drones are already being used to spy on people in China but the most invasive use of technology in the country is its “social credit system” that essentially scores citizens on their behaviour and trustworthiness. The system isn’t yet complete but anything from crossing the street during a red light to not paying a fine or playing your music too loudly could affect your social score.

What about kissing a member of the wrong sex or practising the wrong religion?

Journalist Liu Hu has already found himself on the List of Dishonest Persons Subject to Enforcement, meaning he can no longer buy plane tickets, travel on certain train routes, buy property or take out a loan.

He’s been economically and socially blacklisted.

Until now, China’s biggest influence in Africa is infrastructural development projects – mostly roads, bridges, oil pipelines and a notable telecommunications footprint across the continent. Once China has completed its “social credit system,” Africa will surely be the ideal place to sell the technology (via high-interest loans, of course).

If Africa is going to truly benefit from technology advancements, there needs to be stronger regulations put in place – and the time is now. Individual governments aren’t going to take this collective step so there needs to be an effort made at a regional level through blocs like the East African Community (EAC) or, better yet, the African Union (AU).

Governments across Africa need a consistent set of regulations and guidelines that are enforcible at a regional level and suitable action needs to be taken against states who fail to protect their people against the dangers of big data.