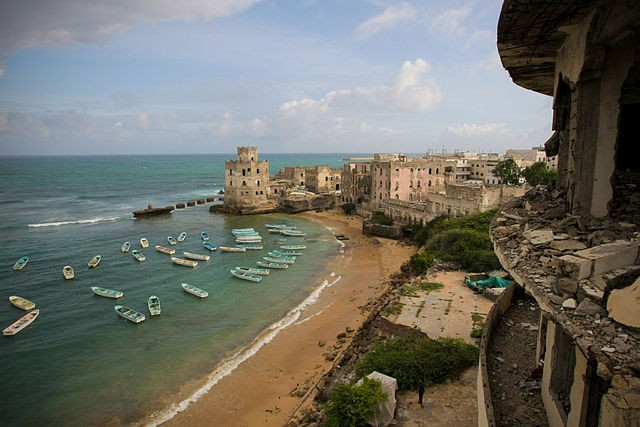 An estimated 20 people have been killed in the latest Al-Shabaab attack carried out in the Somalia capital Mogadishu.

There have been mixed reports about the number of deaths resulting from the attack, or whether they include militants killed in the fighting that followed. However, the latest reports suggest at least 20 people may have been killed in the attack along Lido Beach in Mogadishu.

Both the hotel and restaurants are popular spots along the capital’s beachfront, filling up on a Thursday night, which marks the beginning of the weekend in Somalia. Security forces later arrived on the scene and the subsequent gunfight lasted hours before Al-Shabaab was forced out of the restaurant.

Al-Shabaab claimed responsibility for the attack in a broadcast on its online radio station late on Thursday. This comes after last week’s attack on an army base in south-western Somalia, in which it claims the group killed 100 Kenyan soldiers who were manning the base.

Despite being largely forced out of the major cities and towns in Somalia, Al-Shabaab has staged a wave of strong attacks in recent weeks. There was talk last year of ending the militant group’s presence in Somalia altogether, however, that looks like a difficult task at this stage. ISIS has recently reached out to Al-Shabaab, asking the group to join forces with them and help expand across the horn of Africa.