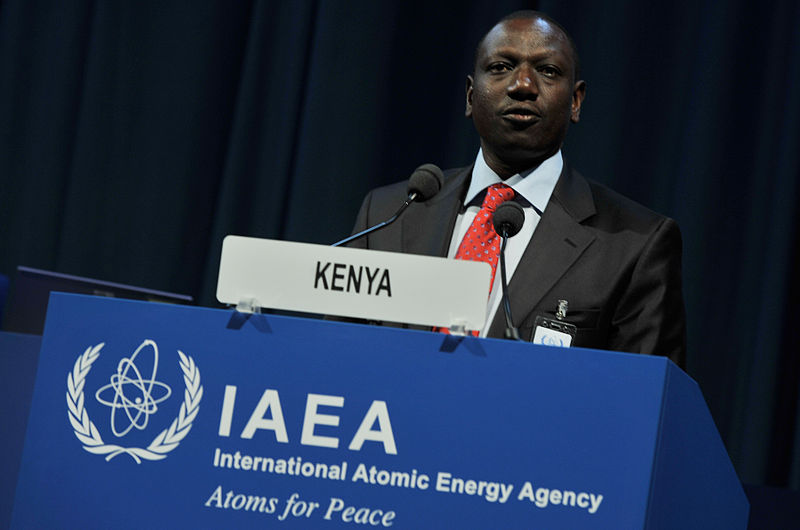 President William Ruto’s government will scrutinize the large sums of money spent at the end of Uhuru Kenyatta’s administration. This is part of the requirement of the IMF’s ongoing 38- month budgetary support plan.

According to a report by the IMF, William Ruto has committed to investigating those government accounts to provide accountability and transparency.

The IMF probe on the supplementary budget will be conducted by the auditor – General Nancy Gachungu. Apart from accountability and transparency, Ms. Gachungu will also be identifying trends and risks in spending unbudgeted money.

This is part of the commitment of Kenya to protect public resources and reduce corruption risks under the IMF KES 297.38 Extended Fund Facility and Extended Credit Facility agreed upon in April 2021.

In a written statement, the IMF commended Kenya for meeting all the quantitative performance criteria under the fourth review. Ruto’s government performed well in various areas like tax collection, government expenditure, and controlling public debt.

The treasury spent 23 billion in July and august without the approval of parliament. This spending entails KES 810 million to the state house and a maize subsidy of KES 4.5 billion. There was also KES 2.2 billion for a research hospital for the military.

Another KES 9.45 billion for road construction, and KES 6 billion for acquiring 60 percent shares in Telkom Kenya. This money was withdrawn from the government mains account without parliamentary approval.

In its defense, the Uhuru administration pointed out that article 223 of the constitution that allows the treasury to withdraw money from the consolidated fund without the approval of MPs, but it should notify lawmakers within two months through the supplementary budget.

This article of the constitution has come under scrutiny since it allows the government to abuse power and mismanages public funds.

In fact, the parliamentary budget office [PBO] has advised MPs to develop new legislation requiring the treasury first to approach parliament and discuss the plans for the supplementary budget.

William Ruto had always criticized the previous government for mismanagement and government overspending.

In the first quarter that ended September, the government exceeded its set budget in operation and maintenance costs and salaries by KES 57.03 billion to KES 573.29 billion.

The institution of the presidency also overspent by KES 5.02 billion to KES 10.78 billion.

Other state department that was over-budget in the same period included; petroleum and mining at KES 35.01 billion, learning and basic education[ KES 16 billion], and agriculture at KES 3.56 billion, mainly contributed by flour subsidy.

The current president has promised to cut the government overspending by a quarter to ease pressure on public borrowing. He plans to reduce the need to borrow KES 862.5 billion for the next financial year’s KES 3.3 trillion budget.