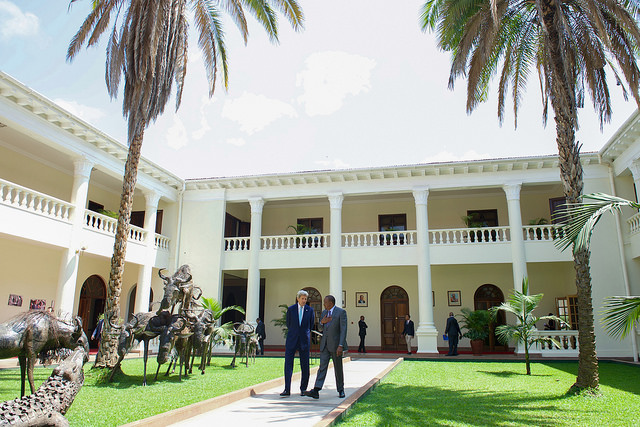 Kenya President Uhuru Kenyatta has called upon local vehicle assemblers in the country to innovate ways of producing quality vehicles that are affordable for Kenyans.

The president wants local assemblers to produce high-quality vehicles that Kenyans can afford to discourage the importation of used cars which are being sold at lower prices than those assembled within the country.

Speaking at State House in Mombasa on Wednesday where he met members of the Kenya Manufacturers Association, President Uhuru Kenyatta said the automotive industry needs to come up with new solutions that benefit the Kenyan people and the industry itself.

“We have to think outside the box. I encourage you to come up with real solutions in the motor vehicle industry that will benefit Kenyans,” the president said.

“We all acknowledge that the importation of used vehicles has led to the slump of the vehicle manufacturing sector in the country,” he added.

Among the proposals was a request for duty-free imports on machinery, the implementation of a National Automotive Council and government incentives.