Burundi 2020 elections: These are the two ‘favourites’ ahead of May poll 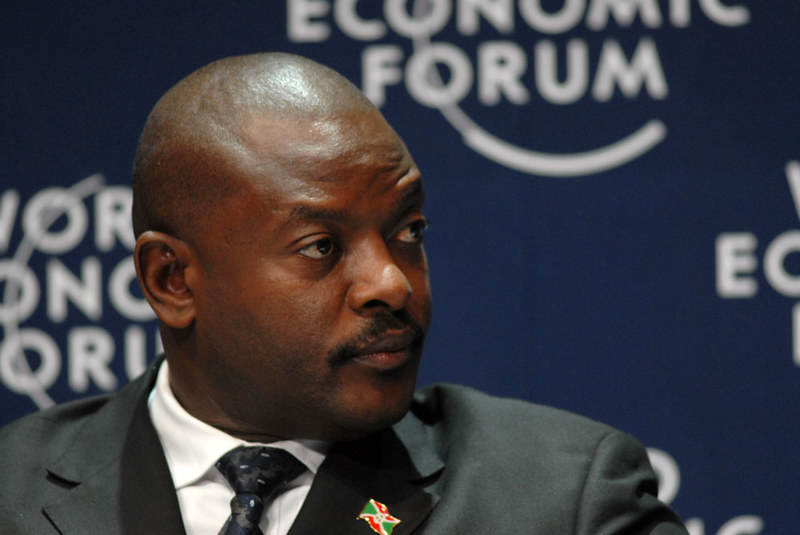 With Burundi gearing up for historic elections on May 20, the campaign season is fast approaching and, with so much uncertainty surrounding the upcoming election, few things are certain ahead of the vote.

However, one thing we do know for sure is who the two favourites are going to be heading into the spring election. That is to say we know who the ruling CNDD-FDD party has elected to be its candidate in the presidential poll and who will be running for the main opposition party.

The ruling CNDD-FDD party announced the candidacy of Secretary-General Evariste Ndayishimiye in January, confirming that incumbent president Pierre Nkurunziza will be stepping down once a new leader is announced.

That in itself makes the election a landmark event before a single vote is even cast.

Then, last week, Burundi’s main opposition group, the National Congress for Liberty (CNL) announced Agathon Rwasa as its candidate to face Ndayishimiye and his ruling party in the presidential race. So what do we know about the two men vying for Burundi’s top political position and what their candidacy might mean for the election outcome?

Evariste Ndayishimiye is one of the most influential political figures in Burundi, Secretary-General of the ruling CNDD-FDD party and a close ally of outgoing president Pierre Nkurunziza. He previously served as minister of interior and security and he was once chief of the president’s military and civilian cabinet.

Ndayishimiye’s candidacy has galvanised the party with numerous members publicly backing him as the ideal person to replace Nkurunziza. However, government opponents warn that a Ndayishimiye government will result in a continuation of the same failings they cite under the rule of Nkurunziza.

For outside critics, the most important aspect of Ndayishimiye’s candidacy might be the fact it confirmed Nkurunziza will step down following the election in May after years of speculation that he would seek to extend his term in power into a fourth term. Perhaps, more importantly, it will bolster hopes for preventing a similar outbreak of violence that sparked in 2015 when Nkurunziza announced he would run for a third term.

In many ways, Ndayishimiye was the obvious choice to lead the CNDD-FDD’s election campaign.

Agathon Rwasa is a former rebel leader and a longtime political opponent of Pierre Nkurunziza. He was the leading opposition candidate in Burundi’s last two elections in 2010 and 2015 so you could say that, in many ways, he is also the obvious choice for the country’s leading opposition group.

He led the opposition in calling out Pierre Nkurunziza’s third term campaign in 2015.

Since being named as the CNL’s presidential candidate for 2020 on Sunday, Agathon Rwasa promptly accused “people” of planning to rig to election prior to the vote. This follows accounts from rights groups and analysts of political intimidation being used to influence the outcome of the election.

After the horrific events that followed Burundi’s 2015 election, the prospect of a free and fair election would feel like something of a luxury. Before that can happen, the country needs to stave off any repeat of the election violence that marred its last presidential poll.

An estimated 1,200 people were killed in the violence and more than 400,000 displaced, according to the International Criminal Court (ICC). Political violence has never really stopped, even if it has reduced significantly since the previous election. The United Nations is among the international community organisations to warn of the dangers that violence could once again escalate prior to and after this year’s election.

Why is Nkurunziza stepping down?

In 2018, Burundi held a referendum over constitutional changes that approved measures allowing him to serve a further two terms in power, apparently confirming opposition fears that he would attempt to extend his rule even further. Yet, the ruling CNDD-FDD party surprised many by insisting that Nkurunziza would step down at the end of his third term – and the president himself confirmed this in 2019.

This has led many to speculate whether Nkuruziza will truly relinquish power or maintain his influence behind the scenes. Last week, Burundi’s parliament passed a draft legislation that could award him the title of “Paramount leader” in a move that has baffled critics. Nkurunziza will also be given a large villa and a lifetime wage to reward his efforts as the country’s leader, prompting yet more criticism.

However, the greatest concern for opposition groups will be that Nkurunziza might continue to wield the power of influence, even on an unofficial basis, after a new leader has been elected. These fears will only be emphasised should his ally Evariste Ndayishimiye emerge as the winner on May 20.