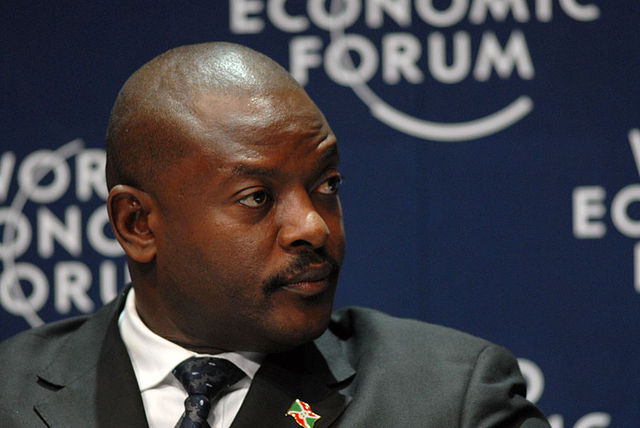 Police in Burundi say they have arrested eight people for planning attacks to disrupt next month’s constitutional referendum that could allow Pierre Nkurunziza to maintain power until 2034.

Police spokesman Pierre Nkurikiye said security forces discovered automatic weapons and ammunition at the home of one suspect on Thursday morning. All eight of the suspects arrested were displayed to journalists in Bujumbura on Friday, along with the alleged evidence implicating them.

“Our investigation resulted in the arrest of seven more people, eight in total, who shared the goal of disrupting the next referendum with the use of firearms,” police spokesman Nkurikiye told reporters on Friday.

He said investigations are underway to find “who is behind this criminal movement” while claiming that “some politicians who have already expressed through the media their intention to disrupt this referendum by any means, including weapons.”

Meanwhile, Burundi has deployed military units to the borders with Rwanda and the Democratic Republic of Congo (DRC), accusing its neighbours of attempting to undermine the referendum.

On Wednesday, Burundi’s lower house voted to allow security forces to conduct night raids without a search warrant.  The bill will now go before the Senate before being passed by President Pierre Nkurunziza.

Next month, Burundi will hit the polls to vote on constitutional changes that would allow Pierre Nkurunziza to run again for president in the country’s next two elections. In 2015, Burundi descended into chaos after he announced plans to run for a third term in power, despite the county’s constitution limiting leaders to a maximum of two terms. However, his government argued that his first term didn’t count towards the limit as he was elected by parliament, not a public vote.