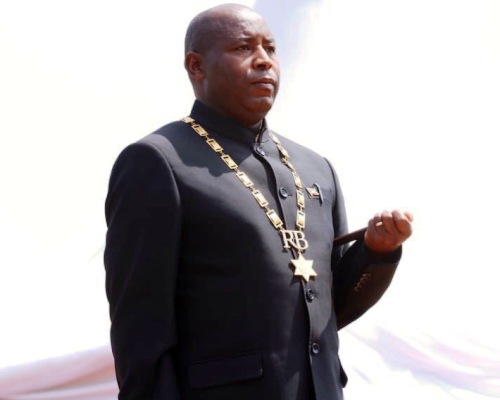 Newly-elected Burundi President Evariste Ndayishimiye says the coronavirus is the country’s “biggest enemy” in a dramatic turnaround from the stance taken by his late predecessor, Pierre Nkurunziza.

Ndayishimiye was sworn in less than two weeks ago after Nkurunziza suddenly died from a heart attack. Nkurunziza’s government largely ignored the pandemic, insisting that Burundi would be protected by God. Numerous unconfirmed reports have suggested the former president died after contracting COVID-19 but the government has offered no clarification.

After calling the coronavirus pandemic Burundi’s “biggest enemy,” President Ndayishimiye pledged to make testing widely available in the country, marking a dramatic shift from the policy set out by the government under the rule of Nkurunziza.

Official figures state that Burundi has 170 confirmed cases of COVID-19 infections and one death with 115 people confirmed to have recovered after contracting the virus. However, testing hasn’t been widely available and this is about to change under Ndayishimiye’s new policies.

The new president said public health guidelines will updated and displayed across the country and health workers will be deployed immediately to areas where cases are found. He also vowed to roll out mass testing and halve the price of soap and water in a bid to reduce the infection rate.

Having replaced Nkunrunziza as the ruling party leader and running in his place in May’s presidential election, Ndayishimiye was set to become the new president in August but his swearing-in ceremony was brought forward after the death of Nkunrunziza.