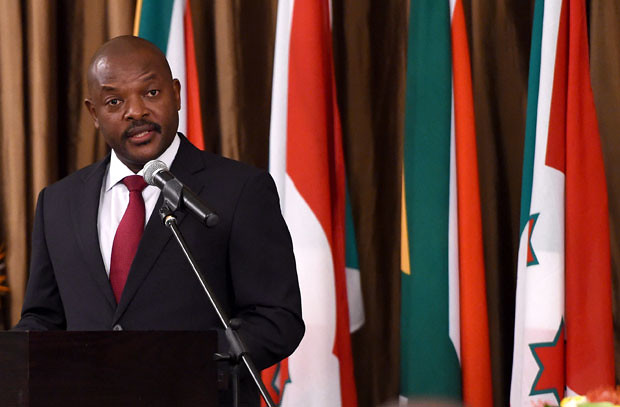 Burundi President Pierre Nkurunziza reaffirmed on Saturday that he will not run for a fourth term in power in next year’s election.

The president first said in 2018 that he would stand aside for a successor in 2020, confirming a number of statements from the ruling CNDD-FDD party. However, scepticism remains among the opposition and the ruling party is yet to name another candidate with less than six months to go until the election is scheduled.

Nkurunzizia insists he will step down next year

Burundi is set to take to the polls on 20 May 2020 to elect a new leader. However, opposition groups suspect long-serving leader Pierre Nkurunziza may still run for a fourth time to extend his time in power.

Nkurunziza won a controversial third term in power in 2015, sparking widespread political violence in the then-capital city, Bujumbura. At the time, Burundi’s constitution limited rulers to serving a maximum of two terms but the ruling CNDD-FFD party insists that the president’s first term didn’t count, as he was instated rather than elected by the public.

In 2018, Burundi’s government approved constitutional changes that extended presidential terms and would also allow Nkurunziza to run for a further two terms, potentially extending his rule until 2034. Yet, despite speculation from opposition groups, the Burundi president insists he will not run in next year’s election.