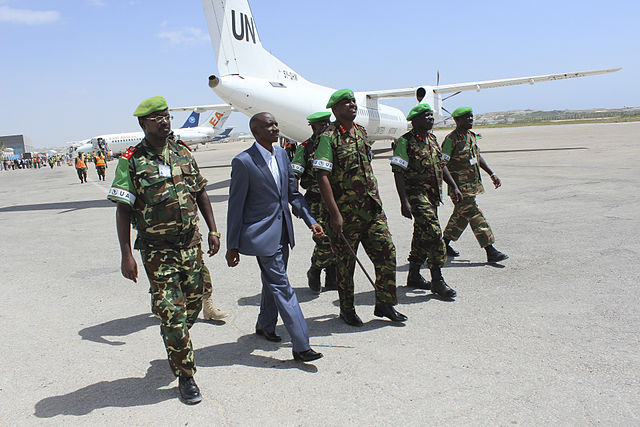 Army Chief of Staff, General Prime Niyongabo, has been reported as ‘unharmed’ by city police, but the military says six people were killed in the attack. The incident occurred on a busy stretch of Bujumbura, as the army chief was being escorted through the city’s Kinindo neighbourhood on Friday morning.

Witnesses say his convoy was attacked by a military vehicle and gunmen dressed in military uniforms – in similar fashion to the assassination of Adolpe Nshimirimana last month – promoting questions about the attackers’ identities.

Assassination attempts have been a regular theme in Bujumura since April this year, following political unrest over the campaign and re-election of President Nkurunziza for a third term.

However, the assassinations and attempted killings that have taken place since Nkurunziza was reaffirmed as the country’s president have been a far cry from the amateur shootings that took place previously.

Rumours of a split in the army have emerged after a failed coup in May was largely quashed by Gen Niyongabo and Gen Nshimirimana. The attempted coup was backed by numerous generals who protested President Nkurunziza’s decision to run for a third campaign.

Nshimirimana’s assassination last month also took place in one of Bujumura’s busier neighbourhoods, in broad daylight, by attackers using military vehicles and uniforms. The concern is that a series of revenge killings between government supporters and opposition may have broken out.

More than 100 people are reported to have died since Nkurunziza announced his decision to run for a third term in office, while many more have been injured or arrested. The government blames opposition for causing the violence, however opposition members have been killed in recent weeks too.

Tens of thousands of people have also reportedly been forced to flee the country this year as political tension continues to intensify.