Can Ethiopia heal its ethnic wounds without stifling rights? 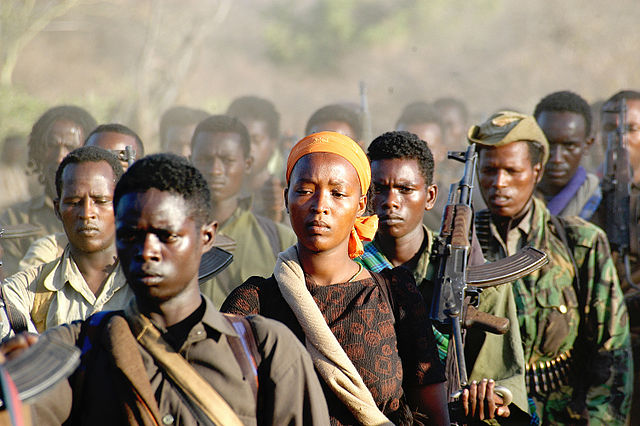 So much progress has been made since Ethiopian Prime Minister Abiy Ahmed came into power last April that it’s easy to forget the troubled situation his country was in at the time. Faced with the seemingly impossible task of quelling nationwide anti-government protests that forced two states of emergency and his predecessor Hailemariam Desalegn to resign, Abiy calmed public dissent while making it look easy.

He compounded this achievement with a series of reforms that eased restrictions on political, media and business freedoms – the likes of which could never have been imaged under previous regimes.

Ethiopia’s reputation as a rapidly-growing economy under authoritarian rule has become a distant memory and Abiy’s decision to open the country up to foreign investment has reinforced those economic prospects while drastically improving the rights situation in Ethiopia.

The problem is, greater political freedoms have facilitated groups with violent agendas and ethnically-charged messages. Ethiopia is made up of more than 80 different ethnic groups divided by nine states that favour fewer than a dozen of them.

Abiy Ahmed healed the hatred between the people and the government with great success, but his reforms have unintentionally stoked deadly tensions between the people themselves. For all of the praise his liberal approach has garnered and the Nobel Peace Prize his international efforts have won, his positive actions have the potential to tear his own country into ethnic conflict.

The question now is whether Ethiopia can heal its ethnic wounds without reverting to authoritarian policies.

Last week, Abiy Ahmed announced the death toll from a recent spate of violent protests had risen to 86 people. Among the dead, 50 were members of the Oromo ethnic group, the country’s largest, while 20 were from the Amhara ethnic group, the second-largest.

The ethnic nature of these clashes is nothing new in Ethiopia but the significance of them is something the prime minister can’t afford to ignore.

This latest outbreak of violence was sparked by accusations from Oromo activist Jawar Mohamed that security forces facilitated an attempt on his life. Protests quickly erupted across parts of the Oromia region and the capital Addis Ababa in support of Jawar Mohammed. At some of the demonstrations, protesters could be heard shouting “down, down Abiy”.

The incident highlights a divide in support for the prime minister among his own Oromo ethnic group, which could compromise his efforts in next year’s election.

Ethnic violence has been steadily rising since Abiy Ahmed came into power last April, promising to threaten his tenure and this latest spate of clashes poses the first direct challenge to his premiership.

The tragedy of Ethiopia’s growing ethnic crisis is that it has emerged from the social and political reforms it fought so hard to secure under the previous regime of Hailemariam Desalegn.

After essentially forcing the former PM out of power and paving the way for Abiy Ahmed to overpower the Tigray majority in the government – the majority that enforced such oppressive policies during previous regimes – protesters got what they wanted.

Abiy swiftly embarked on a policy of widespread reforms, addressing social, political and human rights. He even welcomed back armed rebel groups outlawed by the previous government and invited them to engage in political discussions, rather than seek change through violent means.

Sadly, greater political freedoms have resulted in an unwanted side-effect. They’ve been exploited by political groups with ethnic agendas and power-hungry figures willing to stoke ethnic tension as a means of securing or maintaining power.

These ethnic tensions haven’t been created out of thin air, though. They run deep into Ethiopia’s long and complex history but the country’s democratic governments have failed to address them. Instead, suppressive regimes have numbed ethnic tensions by clamping down on political activities, which prevented intra-Ethiopian violence with some success.

This was until the Ethiopian people no longer tolerated such regimes and Abiy Ahmed was sworn in as the man to deliver change. In doing so, he’s removed the government as an enemy all Ethiopians could unite to overcome, which has made the country’s ethnic divides all the more obvious.

These divides are now being politicised with dire consequences.

What next for Ethiopia?

Naturally, the concern for rights champions is that Ethiopia will return – at least in some way – to its repressive roots in order to deal with the escalating ethnic tensions taking place in the country. Abiy Ahmed is already facing criticism from some political groups for failing to do more to deal with spates of violence and the simplest solution would be to respond with security forces clamping down on political activities.

This is murky water for a country with a poor track record on dealing with protests and other political activities.

In doing so, Abiy would also compromise on the positive steps he’s taken since coming into power. With next year’s election fast approaching, he needs to decide which camp of voters are most important to him. The more time that passes without some kind of action being taken by his government, the greater criticism will become and the more damage ethnic conflict will cause to his brief legacy – not to mention the country itself.

There have been hints of former suppressive moves in the form of proposed hate speech and misinformation laws, which have been criticised and compared to anti-terror laws exploited by previous governments.

In July, there were also clashes between protesters in Sidama and security forces where live bullets were fired at demonstrators, killing dozens. It was the first reminder of the brutal crackdowns on protests under Hailemariam Desalegn during Abiy Ahmed’s new regime f political tolerance.

Perhaps the shift towards a more suppressive political landscape once again has already begun. Some will argue that Abiy has no other choice but history has shown us that political restrictions have, at best, only provided temporary solutions to Ethiopia’s complex ethnic troubles.

A lasting solution will be much harder to find and perhaps it’s not even possible under the existing federal system. Proposing changes to that opens up an entirely different can of worms, though.