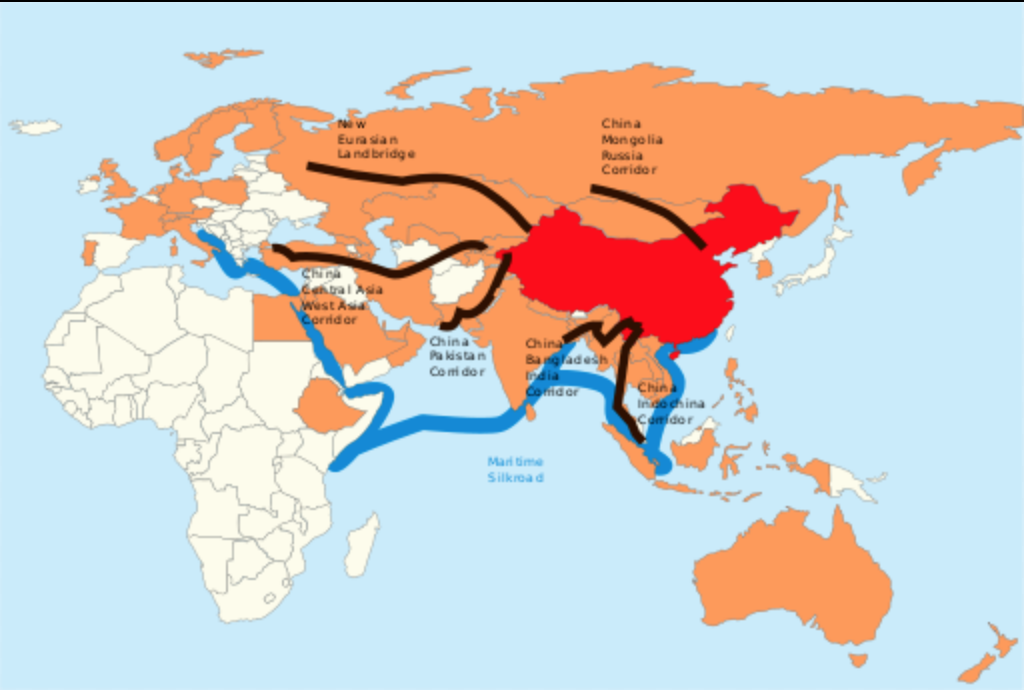 China’s aggressive investment in Africa over the past two decades has divided opinion, with many from the West calling out China’s economic interests as a new form of colonialism.

What can’t be debated is the numbers: between 2003-2014, Chinese investment into Africa increased from $491 million to $32.4 billion. The Asian power nation is now the biggest investor into the African continent, much to the irk of Western powers. However, there are genuine economic concerns about the debt incurred by the constant influx of Chinese loans.

China handed out more than $86 billion in commercial loans to African governments and state enterprises between 2000  and 2014, averaging $6 billion per year.

Africa’s debt is once again reaching unsustainable levels, prompting China to defend its investment policy and promise debt relief amid growing criticism. This is compounded by warnings from the Organisation for Economic Cooperation and Development (OECD) that global economic growth has peaked, putting extra strain on the economic futures of African nations.

Zambia’s looming debt crisis is a wakeup call for African nations – or at least it should be – that the threat of crippling debt is once again very real. Already, there are calls of we told you so from the West who accuse China of using debt to create African nations entirely dependent on Beijing.

The benefits are there to see

The flagship Belt and Road project to date is Kenya’s 290-mile railway stretching from the capital Nairobi to the port city of Mombassa. This is Kenya’s largest infrastructure project since the country gained independence and there are plans to extend the rail network into landlocked nations South Sudan, Uganda, Rwanda and Burundi.

Speaking of landlocked nations, there’s also Ethiopia’s $2.5 billion electric railway project, financed by The Export-Import Bank of China and built by Chinese companies. The railway project connects Ethiopia to its largest trade partner Djibouti, which has become one of the most important trade locations in the world. China is also finding the development of a $3.3 billion International Free Trade Zone in Djibouti, which will be the largest of its kind in Africa upon completion.

With Chinese money, roads are being built and energy supplies are reaching further across African nations. Colonialism typically involved exploiting nations for their natural resources but the sectors receiving the most investment from China are business services, wholesale and retail, import and export, construction, transportation, storage and postal services – all essential to Africa’s long-term development prospects.

The negatives are harder to spot

Nobody is saying Chinese investment in Africa is without negatives or risk. They certainly exist but they’re harder to see than the huge infrastructural projects cropping up across the continent and the full impact won’t be understood for years to come.

The main concern is debt, of course, and Africa is once again reaching its limit, little more than a decade after global nations wiped off billions of dollars from Africa’s debt bill.

Let’s not forget Africa’s first debt crisis was the direct result of colonialism under the hands of Western powers who are now criticising every move China makes – one point that’s often left out of the debate, all too conveniently.

Let’s be clear, though. Only a fraction (roughly 2%) of Africa’s estimated $6 trillion debt is owed to China with the vast majority being attributed to the likes of the World Bank, the International Monetary Fund and other very Western organisations.

This doesn’t mean concern about Chinese investment is entirely unwarranted. All debt being added to Africa’s stockpile should be carefully scrutinised and there are deficits to be seen elsewhere.

In 2016, China exported $82.6 billion worth of goods to Africa nations while importing $54.3 billion in return. China is now Africa’s largest single trade partner (the EU is technically the largest by some margin) but Africa’s relationship with China puts it at a significant trade deficit.

The big concern for African nations is that China has the power and finances to make them economically dependent on Beijing. In fact, they already are to a certain extent, because nobody else is pumping in the same kind of funds into African infrastructure projects.

Whether this is the kind of ploy it’s being dressed up as in the Western media is another question entirely.

In terms of economic return, Africa is the only major investment opportunity left in a global economy that’s apparently close to peaking. It also gives China a solid platform to expand its political and economic influence beyond Asia and into a bustling African continent that’s set to overtake China as the world’s largest population.

How mutual the benefits for African and Chinese interests are going to be in this relationship remain to be seen. But nobody else is stepping up with the investment funds Africa needs and the Western powers screaming colonialism aren’t rushing to release the masses of debt Africa still owes to them.