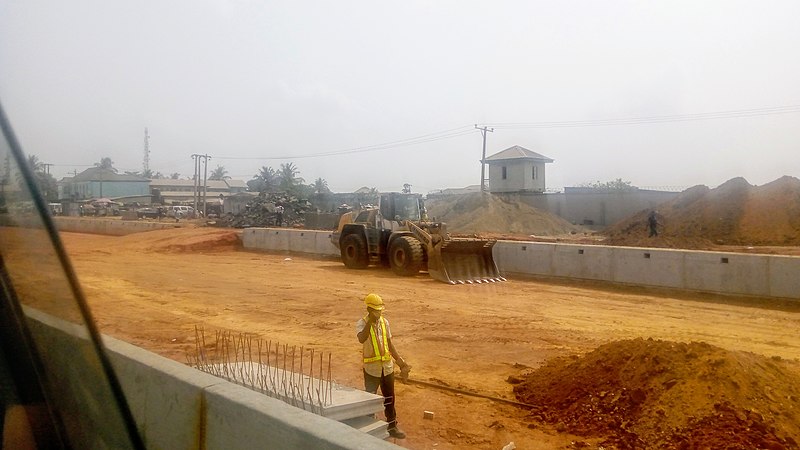 Kenya, East Africa’s biggest economy, has seen a massive surge of infrastructure developments over the last few years. The country is currently building major roads and railways all over the country. Most of these projects are funded by Chinese-based loans. And as expected, Chinese companies have taken the biggest share of contracts as well.

The construction industry in Kenya is booming right now. In addition to major government-led infrastructure projects, we are also seeing a surge in private capital in the industry. For example, construction is underway for the $200 million Pinnacle Tower project in Upper Hill.

Once completed, it will be the tallest building in Africa. The government of Kenya is also building a massive expressway that cuts across the capital Nairobi. The expressway is a public-private partnership and the first of its kind in Kenya.

China Gets Most of The Contracts

Chinese companies right now appear to be the key beneficiaries of Kenya’s construction boom. In fact. literally, all major construction projects in the country have been undertaken by the Chinese. This is not unique to Kenya alone.

China is investing billions of dollars to build infrastructure in Africa. We have seen Chinese companies take the lead role in this. Also, Chinese contractors are also taking up projects not funded by Beijing. In fact, a report that came out today shows that almost all projects funded by the World Bank have gone to Chinese companies.

Right now, it is estimated that these projects are valued at around $700 million. It’s also not just about the road projects. Chinese companies are also involved in railway projects, dams, and so many others.

As noted above, the presence of China in Africa is huge. The Asian country sees Africa as a strategic continent and as such, it has been pumping in a lot of money in modernizing the infrastructure. The China Africa summit has also become part of Beijing’s foreign policy.

There is also the belt and road initiative, a massive infrastructure program by China designed to connect the world with Chinese exports. While many have argued that China is trying to buy influence in Africa, its hard to ignore the hard facts on the ground. In the years ahead, China is expected to continue playing a major role in the modernization of Africa.

As Kenya builds shiny new railways and modern, state-of-the-art highways, one question has always lingered. The debt burden has been expanding ever since. In fact, Kenya’s debt as of 2020 was at 67% of GDP.

Much of that money has been invested in building infrastructure. But there is also a lot that has been stolen in corruption. There is this fear that this debt is not sustainable. We have also seen China start to cut back on loans for African nations. But in the meantime, the money keeps flowing towards major projects.