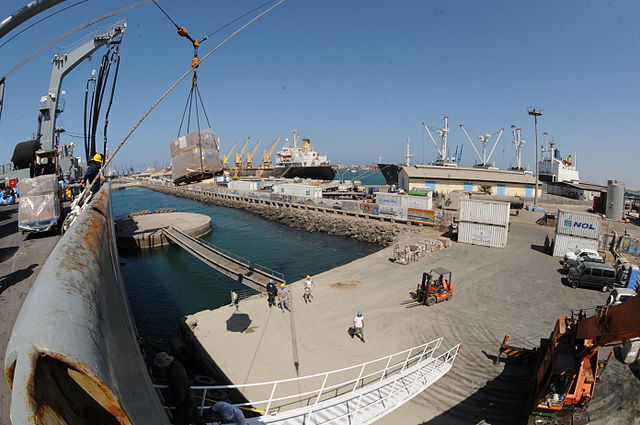 China Merchant Group (CMG) says it plans are in motion to turn the Port of Djibouti into the “Shekou of East Africa”.

Shekou is a terminal at the Port of Shenzen, one of the busiest container port networks in the world. Last year, Shenzen handled more than 24 million containers, making it the third largest port of its kind right now – and investors have similar plans for Djibouti’s sought-after port.

The ‘Shekou of East Africa’

CMG President Li Xiaopeng made his clear about his company’s intentions for the Port of Djibouti.

“Making full use of Djibouti’s geographical advantages, we are in the process of making the country the ‘Shekou of East Africa’,” he says. “We will use our experience in Shekou and adjust the model to local conditions. We will put this model into practice in countries such as Djibouti.”

Transforming the Port of Djibouti into something of a similar scale to Shekou is a serious project, but CMG is in a good position to finance the development. Earlier this month, its port subsidiary, China Merchants Port Holdings, announced post-tax profits of $706m for 2016. That’s a 14% increase on 2015, thanks to continued growth in container and bulk volumes entering China.

CMG investment money is already pouring into the Port of Djibouti and it seems there’s plenty more to come. In November last year, the company began developing a free trade zone, which is expected to cost the firm $400m. Then, in March, it completed the first stage of Doraleh Multipurpose Port to the sum of $590m.

All this comes after a $4bn railway project that connects Djibouti to landlocked Ethiopia, which was entirely funded and built by Chinese companies. It’s this kind of investment that makes the US and other parts of the international community nervous about Chinese money flowing into Africa.

There are also doubts that Djibouti has the population to support a major city but the same could have been said about Abu Dabhi and Dubai fifty years ago. While CMG’s comparison to Shekou is no coincidence; the firm successfully transformed the former fishing village into a sustainable city and it’s intent on doing the same with Djibouti.