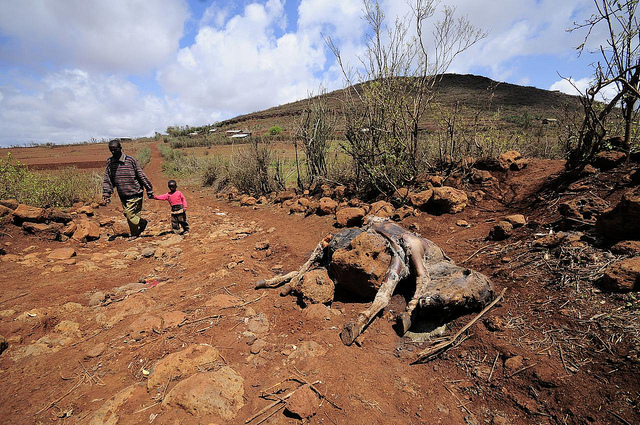 Dozens of people have been killed during violent clashes between rival farming tribes in drought-stricken parts of Kenya.

Various clashes have broken out in recent weeks between herders who are fighting over land for herding and stealing resources, including water.Around 35 people have been killed in recent weeks, many of whom were women and children.

Spate of clashes in drought-stricken parts of Kenya

In January this year, the Kenyan government revealed at least 23 counties were experiencing drought -the country’s worst dry spell since 2011. Parts of northern and central Kenya are among the worst hit places in a prolonged dry spell that has led to a water shortage in the capital, Nairobi.

Many villagers in the north have started burning animal carcasses, as their livestock starve to death, in an attempt to avert an outbreak of disease. It’s the worst drought in more than five years for many nomadic farmers, who invest their money into livestock rather than saving it in banks – making each carcass a major financial loss.

Farmers in drought-hit parts of the country are facing desperation but many are reluctant to blame the recent outbreaks of violence on the drought itself.

“This is a politically instigated invasion,” Martin Evans, chairman of the Laikipia Farmers’ Association, told VOA.”They’re using the cattle as a tool, as a battering ram, to just take over private property.”

“This is not the first dry season we’ve had,” he pointed out. “And when this thing happened, it wasn’t a matter of drought. It was a normal rainy season when they came in,” he said.

It seems many local residents agree, too. Mamo Abdullahi Abdi, 42, a resident of Kinamba village, told VOA of his concerns about the violence in the build-up to Kenya’s presidential election in August.

“We are very much worried because we can see this issue is political. This is not illegal grazing, this is abnormal illegal grazing,” he told the publication. “I know, even for us to vote in this general election, it is sad for us to vote because they want to scare us so these people with illegal guns will take over Laikipia North constituency.”