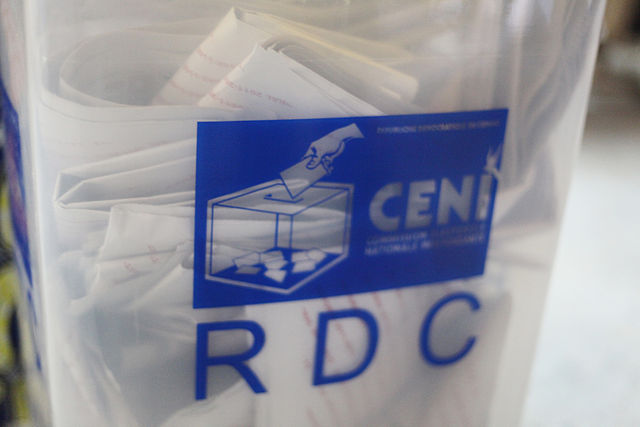 More countries in Africa are holding “democratic” elections than ever before with 31 of the continents’ countries holding national votes in 2018 and 2019 alone. However, there are distinctly undemocratic themes that taint the vast majority of votes across African nations. Transparency is often non-existent, accusations of vote rigging are almost synonymous and the list of leaders extending their mandates beyond term limits continues to grow.

The DRC’s election in the final days of 2018 was a fine example of African democracy in motion. After Joseph Kabila overstayed his mandate for more than two years, the country finally held a vote that was shrouded in controversy and ended with a result that remains highly dubious.

Doubts over whether the person people in the DRC actually voted for is now their president aren’t surprising in the least. Perhaps this is why institutions inside and outside of the country were so quick to simply accept the election result, despite reasonable calls for the electoral commission to publish its data.

Still, democracy is in an even worse state in countries like Uganda and Rwanda, where rulers continue to extend their regimes, simply removing constitutional measures in their way with relative ease. It’s a model that appears to be spreading to other countries such as Burundi, as the concept of “third-termism” becomes so commonplace it requires its own name and risks being normalised in African politics – if it isn’t already.

All things considered, it’s not surprising to see media outlets such as the BBC ask whether democracy is going backwards in Africa. It’s a common question in the Western media and it’s difficult to argue that democracy isn’t failing in Africa. However, these debates – especially when mediated by Western parties – have a habit of conveniently overlooking the fact that democracy never really worked in the first place for African nations.

When did democracy ever work for Africa?

Proponents of democracy in Africa will point to countries like South Africa and Kenya where constitutions are adhered to and new leaders are elected five or ten years. These are the success stories and two of the continent’s largest economies (South Africa is the second largest and Kenya the eighth, according to IMF data) steering Africa to a more democratic future.

However, elections in Kenya and South Africa are constantly marred by controversy. South Africa’s new leader, President Cyril Ramaphosa, was the only candidate in the country’s presidential election in February 2018 as its democracy failed to produce a single rival candidate.

In 2017, Kenya was forced to hold two presidential elections after the result from its first was annulled over claims of vote fraud. President Kenyatta’s only opponent pulled out of the second election, insisting that nothing had changed since the first vote, and communities of opposition supporters were prevented from voting amid security fears.

Kenyatta won the second poll with a 98% majority from a turnout of under 39% – less than half of the people who voted in the first election. Dozens of opposition supporters were killed in violence across the prolonged election period.

In January, Africa celebrated another “democratic” election and one of its most historic. The Democratic Republic of Congo (DRC) had never managed a peaceful transition of power until opposition leader Felix Tshisekedi was named the country’s new president.

It was a democratic fairytale in a nation dogged by political insecurity.

The problem with fairytales is they’re pure fiction. The DRC’s historic election was quickly disputed by losing opposition candidate Marin Fayulu whose party insisted he won the poll with a 60% majority. An opposition group crying foul of an election result is nothing new but the party’s claims were backed by the DRC’s influential Catholic Church, which stationed 40,000 election monitors across the country to ensure a fair vote was executed.

The church didn’t name Fayulu specifically but it did say the wrong winner had been announced and that another candidate won with roughly 60% of votes.

Opposition theory has it that Tshisekedi struck a deal with outgoing president Joseph Kabila to secure his election win. In return, Kabila supposedly maintains influence over the DRC’s democratically-elected new president. His party has since secured a majority in both upper and lower chambers of parliament, which makes it very difficult for Tshisekedi to implement any kind of political change without the backing of Kabila’s coalition.

These election controversies are quickly forgotten by the international communities, though. On paper, the likes of Uhuru Kenyatta and Felix Tshisekedi have been democratically elected and that’s all the history books will remember. The people detained, tortured and killed during those election campaigns have already faded from memory, except for those most directly affected.

Instead, it’s the leaders such as Yoweri Museveni and Paul Kagame, who extend their time in office beyond constitutional term limits who draw criticism.

If the goal of democracy is to provide people with options, fair elections and political freedom, it has failed on all three counts. So the premise that democracy is suddenly failing in Africa is moot. The more pressing question is whether democracy can provide African nations with what they really need: security, stability and self-sustainability.

So far, it hasn’t come close.