Do Eritreans Have Anything New to Celebrate This Independence Day? 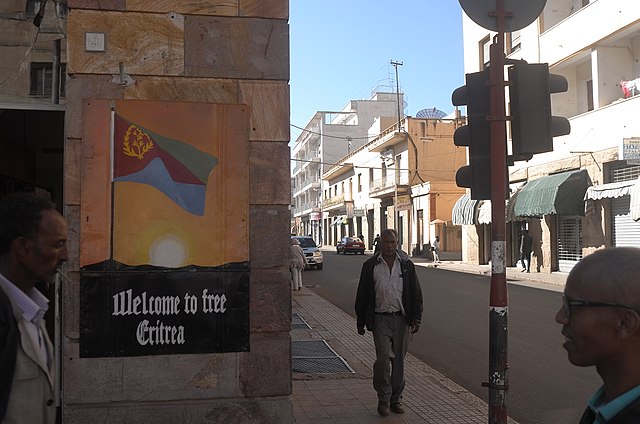 On May 24, Eritrea officially celebrates its Independence Day, marking 28 years since the country wrestled control back from Ethiopia at the end of a brutal war that lasted for 30 years.

On this day, in 1991, the prospect of peace and independence – after three decades of conflict and a century of foreign occupation – gave the Horn of Africa nation plenty of reason to celebrate. For Eritreans, a lifetime of invasion and war came to an end and a new era of hope and optimism began. However, the reality of independence quickly turned sour and Eritrea gradually turned into one of the world’s most isolated states with a struggling economy and an awful reputation for human rights violations.

Eritrea President Isaias Afrewki was once a war hero but he’s now more widely considered a ruthless dictator and Eritrea is now the largest source of African refugees in Europe with an estimated 4,000 people leaving the country every month.

By all accounts, independence has given Eritreans far less to celebrate than anyone could have hoped. But a recent peace deal with neighbouring Ethiopia, bringing an end to a lingering border conflict between the two countries, has renewed optimism that things could be about to change in Eritrea.

So does this mean Eritreans have greater reason to celebrate on Independence Day this year?

Later this week, Eritrea will mark 28 years of independence and while celebrations are often vibrant (especially in Eritrean communities outside of the country), they’re always encompassed by hope for greater change and mourning those lost along the way.

Loss has become synonymous with life for Eritreans and the faint glimmer of hope independence brought to the conflict-ridden country was short-lived. Eritrea’s post-war era started with great optimism in a country where 99 per cent of the population voted in favour of independence, united by a long history of conflict imposed by external forces.

The country had good reason to be optimistic about its economic future, too. Eritrea is rich in natural resources, including natural gas, oil, gold, copper and various other precious metals. Almost 70% of the country is covered by the greenstone belt of Eritrea, containing deposits of precious and base metals. The Horn of Africa is also placed along one of the worlds most important trade routes – much to the envy of its landlocked neighbour, Ethiopia.

Eritrea’s independence was internationally recognised in 1993, following a national referendum and the country enjoyed a few years of economic promise. However, conflict quickly returned to Eritrea in 1998 when a border war with neighbouring Ethiopia pitted the two enemies against each other once again – this time as separate nations.

A state of war, return to suffering

In response to the conflict, Eritrean President Isaias Afwerki established a military state to fend off the threat of Ethiopia. Over the next two decades, the man once looked upon as Africa’s most promising new leader built a reputation of human right violations, establishing himself as one of the continent’s most brutal dictators.

One of the most publicised human rights issues in Eritrea is the country’s programme of forced conscription that traps people in military service for most of their able-bodied lives. The practice has been labelled as slavery and widely condemned by rights groups. However, it’s not the only example of ongoing violations taking place in the Horn of Africa nation.

Isaias Afwerki has built a prison state in Eritrea with more than 360 prison facilities operating in a country with a population of less than 5 million people. Those in prison or serving in the national army are forced to work for the state in a widespread programme of free labour. Among those imprisoned by the country’s judicial system are journalists guilty of speaking out against the state or covering the wrong story.

Eritrea was ranked last in Reporters Without Borders’ World Press Freedom Index for eight years in a row between 2009-2016. It currently sits in 178th place out of 180 with only North Korea (179) and Turkmenistan (180) performing worse than Eritrea in 2019’s report.

Meanwhile, the religious persecution against Eritrean Christians are worryingly underreported, even in the Western media. Rights groups say thousands of Christians are currently being detained in the country and various cases of Christian leaders being tortured have been reported.

A common tactic is to lock prisoners in shipment containers for months at a time. One former prisoner told The Washington Post, that authorities torture detainees until the brink of death and only release them so they can die at home, releasing the state of all responsibility.

As often happens when countries gain independence through conflict, Eritreans once again found themselves in a state of war – not only with neighbouring Ethiopia but also their own government which supposedly freed them from oppression in 1991.

Given the promise and potential Eritrea had upon gaining independence almost three decades ago – and everything that has happened since – you can forgive anyone who feels they have little reason to celebrate. However, Eritrea remains a country of hope, despite all the odds they continue to face, and last year’s peace deal with Ethiopia gave the country’s people new reason for optimism.

the world celebrated with Eritrea and Ethiopia when the two country’s put Africa’s longest-running conflict behind them. Now, the border between the two countries is almost entirely open and the former enemies are forging bilateral ties nobody could have predicted two years ago.

Now, the international community is looking at Eritrea in a new light, cautiously hopeful that it might step out of its self-imposed isolation and address the ongoing human rights issues taking place in the country.

So far, this hasn’t happened.

Despite the border conflict with Ethiopia officially ending, Eritrea’s military conscription programme is still in place. None of the issues raised by rights groups over the past few decades have been addressed yet Eritrea became a member of the United Nations human rights council in October.

This means the country is now able to vote on human rights issued addressed by the council for the next three years – including those related to Eritrea itself.

All the peace deal with Ethiopia has done so far is bolster Isaias Afwerki’s position and Eritrea’s leader and the country’s position on the international stage. For Eritreans across the country, the only real change centres around the border between the two nations opening. An influx of goods from Ethiopia has partially healed a commodity shortage in Eritrea and made it easier for people to flee into neighbouring Ethiopia.

In terms of political change, it’s hard to see any positive change at this stage. Afwerki’s position looks stronger than ever and the reports of human rights violations continue to emerge.