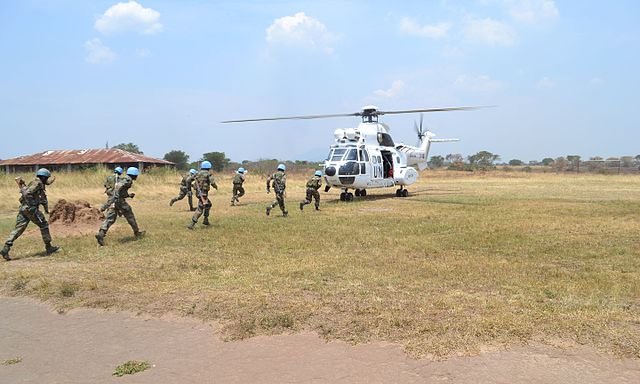 Fifteen UN peacekeepers have been killed in a terrorist attack in the Democratic Republic of Congo (DRC).

The attack, which is believed to have been carried out by militant group Allied Democratic Forces, is the deadliest incident of its kind involving UN peacekeepers in recent years. At least five members of the DRC’s armed forces were also killed and a further 53 people were injured in the attack.

UN Secretary-General Antonio Guterres on Friday labelled the incident as a “deliberate attack” against the United Nations, calling is a war crime.

“I condemn this attack unequivocally,” he said. “These deliberate attacks against UN peacekeepers are unacceptable and constitute a war crime. I call on the DRC authorities to investigate this incident and swiftly bring the perpetrators to justice. There must be no impunity for such assaults, here or anywhere else.”

The secretary-general’s special representative in the country also promised action would be taken in response to the attack.

“Attacks against those who are working in the service of peace and stability in the Democratic Republic of the Congo are cowardly and constitute serious violations,” said Maman Sidikou. “[The UN mission] will take all actions to ensure that the perpetrators are held accountable and brought to justice.”

The attack took place at dusk on Thursday in the province of North Kivu, which borders with Rwanda and Uganda in the east of the DRC. Rebels fighters targeted a company operating base in Semuliki where fighting continued for three hours.

The east of DRC has struggled with violence since 1994 when Hutu fighters crossed over the border from Rwanda, hoping to escape reprisals for their involvement in the Rwanda genocide.