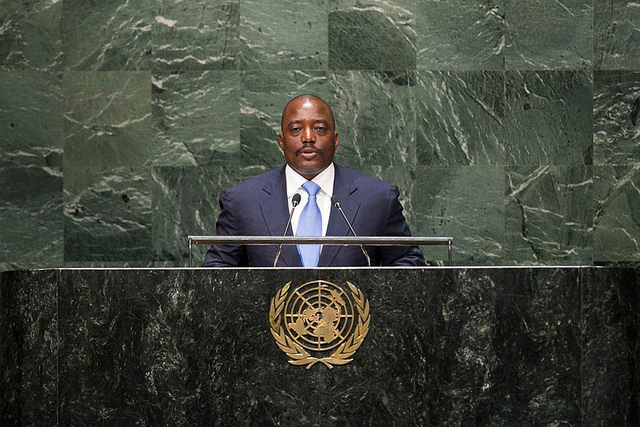 Democratic Republic of Congo (DRC) President Joseph Kabila has accused foreign countries of attempting to “blackmail” the country as it prepares for its next presidential election.

The DRC has repeatedly pushed back elections since Kabila’s official mandate ended in December 2016, prompting external pressure from the international community for the president to step down and the country holds its next election. However, Kabila insists the country will continue to resist this kind of pressure as it gears up to vote for its next leader in December this year.

Last week, President Kabila confirmed he will not be running for a third term in the DRC’s next election, ending years of speculation over his political intentions. Opposition groups have routinely accused the president of using election delays to extend his stay in power and push for further terms in charge.

Britain, France and the United States are among the international powers calling upon Kabila to clarify his intentions and the threat of sanctions was coming from the US. However, the DRC leader insists his country will continue to resist this kind of “blackmail” as it pursues its own democratic path.

“What we have rejected over these past two years is any kind of imposition, or any kind of blackmail as far as the electoral process is concerned,” Kabila said in a speech to the Southern African Development Community (SADC).

“We will continue to be steadfast and be very much alert on this particular issue as we prepare for the upcoming elections by the end of this year.”