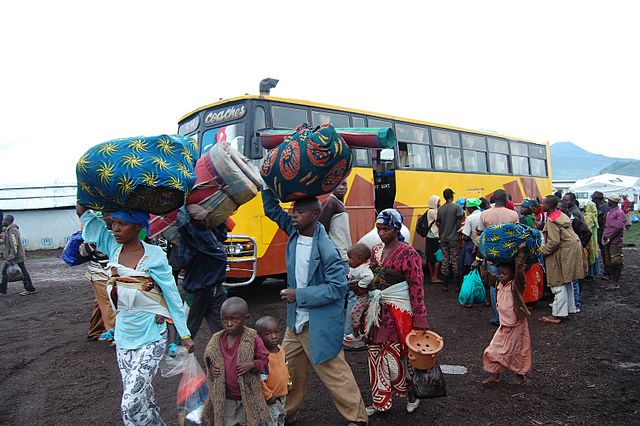 Refugees from the Democratic Republic of Congo (DRC) currently staying in Rwanda say soldiers opened fire upon them and wounded at least two people during a protest on Tuesday.

Speaking to Reuters, witnesses said Rwandan soldiers beat refugees and shot at them as they attempted to march out of Karongi camp in protest over cuts in food rations that started last month. A government minister has denied the claims that soldiers opened fire on refugees during the incident, according to Reuters.

Around 2,000 refugees marched out of Karongi camp, which is home to more than 17,000 people, in western Rwanda on Tuesday. Their aim was to protest 25 percent cuts in food rations implemented by the UN refugees agency (UNHCR) last month, which says it is experiencing funding issues.

Security forces reacted to the attempted protest and Reuters spoke to witnesses after the incident.

“When we reached the town of Karongi the soldiers stopped us … one soldier in a car asked others to shoot,” Eugene Mukabasoni, a mother of three, who lives at Karongi told the publication.

One refugee said he was shot in the foot and at least one other is reported to have been injured. Ms Mukabasoni also says refugees were beaten by security forces, including herself who was “beaten over the head with a stick”.

According to De Bonheur Jeanne d‘Arc, Rwanda’s minister for disaster management and refugees affairs, the claims made by some refugees after Tuesday’s events are false.

“Soldiers shot no one,” she said. “The soldiers stopped them and refugees started hurling stones. So obviously when people start using stones as many as they were, some get injured. I don’t have information that even at least shot in the air.”