DRC: UN rights chief calls for end to violence ahead of election 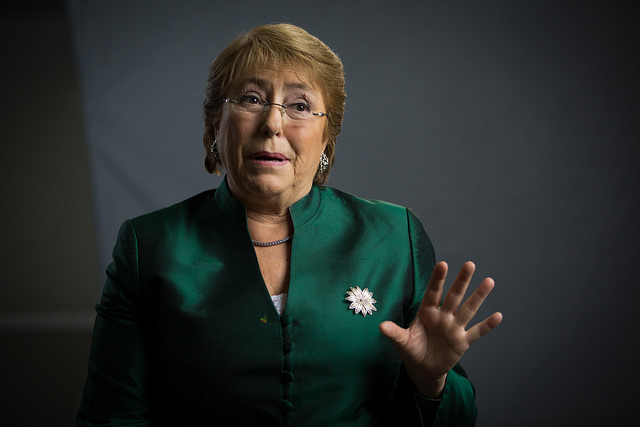 The United Nations High Commissioner for Human Rights, Michelle Bachelet, has called for authorities in the Democratic Republic of Congo (DRC) to implement measures to prevent further violence in the build-up to the country’s presidential election later this month.

Multiple reports have emerged in recent weeks of violence in various parts of the country with fighting between rival opposition supporters and incidences of security forces firing live ammunition against crowds. Michelle Bachelet is calling for measures to be put in place ahead of the historic vote to prevent further violence in a country that is yet to have a peaceful transition of power.

UN rights chief calls for an end to violence

On December 11, at least three people were killed and several more injured in Lubumbashi in the Haut-Katanga province after police allegedly fired live ammunition and used tear gas and water cannons against opposition supporters during a rally.

Numerous other people have been killed in violence disturbances over the past few days, including a young woman also killed by live ammunition and a 16-year-old boy reportedly killed by a soldier of the Forces Armées de la République démocratique du Congo (FARDC).

UN rights chief Michelle Bachelet is calling upon the DRC authorities to investigate the recent incidents and ensure people are allowed to execute their right for political expression.

“I am deeply worried about the reports of excessive use of force, including live ammunition, by security forces against opposition rallies,” she said.

“Just days ahead of crucial elections in the DRC, it is essential that the authorities ensure that the rights to freedom of expression and peaceful assembly are fully protected and that they take all possible measure to prevent violence. This includes ensuring that all the candidates are able to hold meetings and rallies to campaign for their election.”