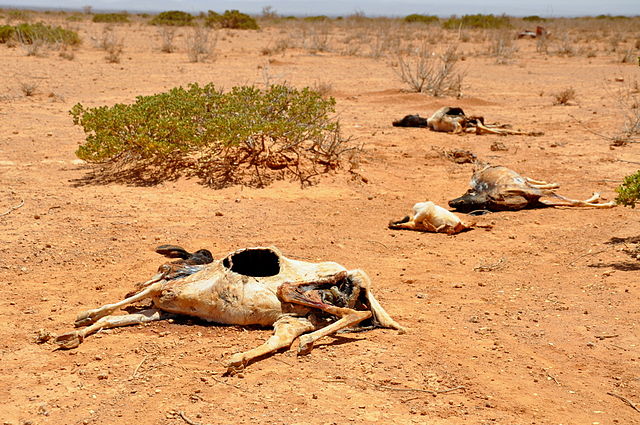 The UN has warned more than 36 million people in eastern and southern Africa face hunger due to drought and soaring temperatures caused by El Niño.

Many African nations along the eastern stretch between Ethiopia and Zimbabwe are experiencing their worst droughts in decades. The situation has become worse still, since record-high temperatures in February, leading to concerns vulnerable countries could struggle to recover.

One of the strongest El Niños ever

Last year saw one of the strongest El Niño events ever recorded begin, which continues to wreak havoc with the world’s weather patterns. Eastern and southern Africa are two of the world’s most vulnerable regions from the weather phenomenon – particularly the threat of drought.

Ethiopia has been the worst hit country, suffering its most severe drought in more than 30 years. The country is already experiencing a delayed rainy season – believed to be the result of climate change – which has only exacerbated the impact of El Niño.

“Ethiopia has been hit by a double blow, both from a change to the rainy seasons that have been linked to long-term climate change and now from El Niño, which has potentially led the country to one of the worst droughts in decades,” UNICEF representative Gillian Mellsop was quoted by the Guardian.

Experts are becoming concerned the growing rate and intensity of droughts in vulnerable countries will become unmanageable. World Vision resilience and livelihoods director for the southern Africa region, Beatrice Mwangi, says the biggest challenge in dealing with drought is the increasing rate of them.

“It’s becoming common knowledge now that we will experience droughts much more,” she says. “In the past it was one big drought every 10 years, then it came to one drought every five years, and now the trends are showing that it will be one every three to five years.”