East Africa 2019: The stories that mattered most this year 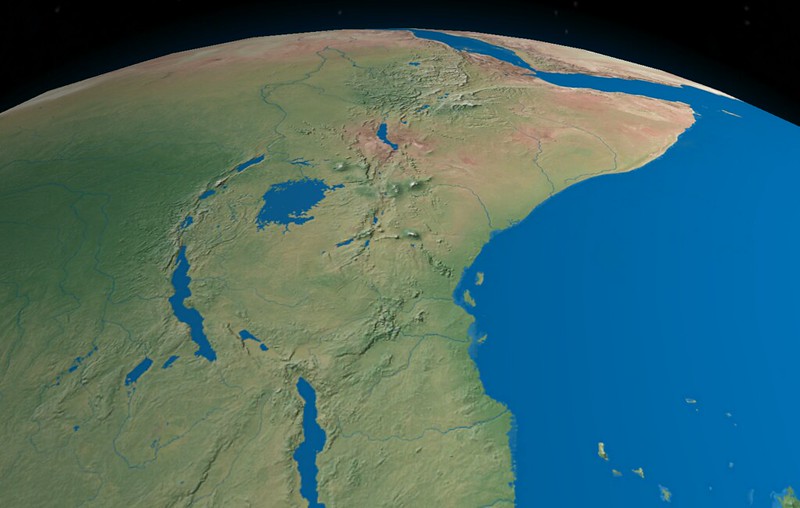 With 2019 coming to a close, it’s a good time to take stock of the key things that happened across East Africa over the past 12 months. By all accounts, it’s been a busy year across the region with major stories making 2019 look like a pivotal year for many African nations as they welcome in the start of a new decade.

Looking back at the key events of 2019 provides clues about what the next ten years might hold for the East African region and there are plenty of reasons for both optimism and concern. It also illustrates how much change – both positive and negative – can take place across this region of Africa.

DR Congo has its first peaceful transition of power

One of the biggest stories in Africa throughout 2018 and leading into the start of this year was the delayed election in the Democratic Republic of Congo (DRC). On December 30, 2018, the DRC public finally took to the polls and by mid-January, the country named its new leader in Félix Tshisekedi.

The election result was shrouded in controversy with Tshisekedi being called a puppet of outgoing president Joseph Kabila. However, the history books will state that the DRC democratically elected a new leader and achieved the first peaceful transition of power in its history.

One of the other big stories heading into 2019 was the protest movement in Sudan, which initially started as demonstrations over economic issues in the country. In January, President Omar al-Bashir promised economic progress in the year ahead but this wasn’t enough to appease protesters who turned their campaign into an anti-government protest, calling for Bashir to step down.

As the months rolled by, the protest movement only intensified further and, by April, the moment that few ever believed would really come arrived. Sudan’s military ousted Bashir from power and after 30 years and one of Africa’s most brutal regimes collapsed.

On January 15, gunmen from Somali-based militant group al-Shabaab stormed a luxury hotel complex in the Kenyan capital, Nairobi, and killed 21 people during a 19-hour ordeal.

Kenya has felt the force of numerous al-Shabaab attacks over the years due to its military support of Somalia forces against the militant group in neighbouring Somalia with hundreds of Kenyan citizens being killed.

President Uhuru Kenyatta vowed that everyone involved in planning, funding and executing the attack would be “relentlessly” pursued and insisted his country would not be deterred by terrorist acts.

The DRC’s Ebola outbreak was first recorded in August 2018 and despite a strong response initially, efforts to contain the disease were hampered by local violence in numerous parts of the country and a growing mistrust between the general public and health officials.

By May, the outbreak had spread significantly and the death toll from the disease passed 1,000, making it one of the largest outbreaks of the disease in history.

In July, the World Health Organisation (WHO) announced a global health emergency with the death toll reaching more than 2,000 and the outbreak becoming the second-largest ever recorded.

The year of Bobi Wine in Uganda

For Uganda, 2019 was the year that pop star-turned-politician Bobi Wine became a true contender against President Yoweri Museveni. The presidential hopeful is popular among the country’s youth that is hungry for change and, despite a string of arrests and dropped treason charges, Wine has so far resisted all political pressure to keep himself in the frame for a presidential election run in 2021.

The ousting of Bashir from power was only the start of Sudan’s political transition and the early months after his removal were filled with doubt and tension. The protest movement demanded that a civilian government be implemented. However, more than 120 protesters were killed in a crackdown believed at the time to have been carried out by the ruling military, putting a peaceful transition in doubt.

However, the military council insisted the killings were carried out by a paramilitary unit out of its control.

Negotiations eventually resumed and, by mid-August, the two parties signed an agreement to implement a transitional government with the aim of establishing a civilian state.

After a promising 2018, Ethiopia saw a dramatic rise in ethnic violence across much of the country. In July, dozens were killed in clashes with security forces in the southern Sidama region over the government’s failure to hold a referendum on forming a federal new state for the region. The Sidama ethnic group would ultimately vote overwhelmingly to create a new state but Ethiopia’s ethnic troubles would continue to escalate.

In September, the government confirmed that 1,000 people had been killed in ethnic violence over the past 12 months. In November, Prime Minister Abiy Ahmed found himself at the centre of protests calling for him to step down after a popular opposition figure claimed police conspired with attackers to make an attempt on his life.

At least 78 people were killed during the protest violence that ensued, shortly before Prime Minister Abiy Ahmed was named the Nobel Peace Prize winner 2019.

As East Africa embarks on a new decade, 2020 will be a crucial year for many countries in the region. Sudan’s transition of power will be a constant theme for years to come while neighbouring South Sudan is due to finally form its own traditional government. Meanwhile, Ethiopia needs to find a solution to its ethnic violence problem and manage bilateral relations with Egypt and other foreign partners.

Tanzania’s John Magufuli will continue to raise eyebrows and Bobi Wine’s journey as a Museveni rival in Uganda will decide much fo the country’s immediate future.