Is East Africa the most dangerous region in the world? 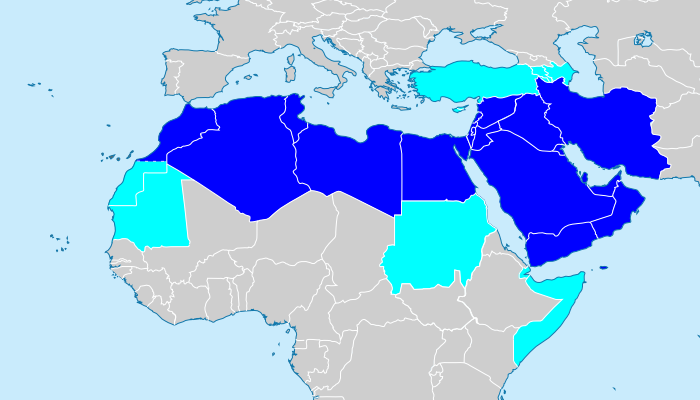 Last year’s Global Peace Index (GPI) report from the Institute for Economics and Peace ranked countries around the world in order of safety. Sadly, Africa didn’t score too well in the report, largely thanks to the reemergence of civil conflict, a rise in terrorist attacks and some heavy-handed governments.

East Africa fared pretty poorly in the report as well and, the closer you look at the numbers provided, the more the region starts looking like one of the most dangerous in the world.

According to the report, the most dangerous region in the world is the Middle East and North African region (MENA). This makes a lot of sense, too. At least, it does if you’re a regular viewer of Western media that loves to focus on insecurity in these countries.

That is, if you buy into the concept of MENA as a region to begin with. Rather than a geographical region, MENA is a Western construct devised by the international community so it can band together a bunch of countries deemed problematic (or, in many cases, opportune), including all of the seven countries on Donald Trump’s travel ban.

This also includes a number of countries considered East African by many: namely Djibouti, Eritrea, Somalia, South Sudan and Sudan. These also happen to be some of the region’s worst performers in the report, with South Sudan coming in as the second most dangerous country in the world.

If you consider the nations listed above as part of the Middle East and North Africa, that’s fine. However, if you consider the likes of South Sudan and Somalia to be East African, then the region suddenly starts to look like the worlds most dangerous.

Of course, this all comes down to where you draw the lines between east, north and central Africa. This is a widely debated topic, too, but the important thing here is to build a visual picture of where insecurity is on the rise.

Aside from that mass of red offered up by Russia, the main area of concern rests along the borders of north, east and central Africa, plus a number of nearby Middle Eastern nations. The growing problems in South Sudan, Somalia, Burundi, Egypt, Congo and various other countries in these regions are well documented, too.

In East Africa, there are also concerns over insecurity in Kenya and the recent violence in Ethiopia. In fact, only two of the region’s countries (Uganda [63] and Tanzania [106]) sit outside of the world’s 45 most dangerous countries, according to the report.

How does the Institute for Economics and Peace compile this list?

Last year’s report was the 10th edition published by the Institute for Economics and Peace. The organisation compiles its list by grading countries on 23 factors related to peace and safety:

Those are certainly some tricky subjects for a number of African nations, but how much can you trust the GPI’s numbers? Well, it gets its data from “trusted sources” including the Economist Intelligence Unit (EIU), various UN organisations and other sources from the international community. Make of that what you will.

Of course, these reports do little to clarify the situation in countries like Burundi or Ethiopia but the notion that insecurity in the region is on the rise is justified. Where you draw the lines between north, east and central Africa (or MENA, if you prefer) doesn’t really matter. Growing security concerns and prolonged environmental issues – namely drought at the moment – are making the lives of many people in East Africa and beyond increasingly difficult.

The status of being the world’s most dangerous region would be an unwelcome one for East Africa, if it were to be validated. However, the debate over where regional borders lie is irrelevant in the grand scheme of things. Africa’s performance in the only peace index of its kind is declining and it’s the poorest/most vulnerable across the contenent would probably agree that times are getting harder for them.

Featured image: By DanPMK – Own work adapted from Africa in the World (grey).svg by TUBS, CC BY-SA 3.0, https://commons.wikimedia.org/w/index.php?curid=15805904