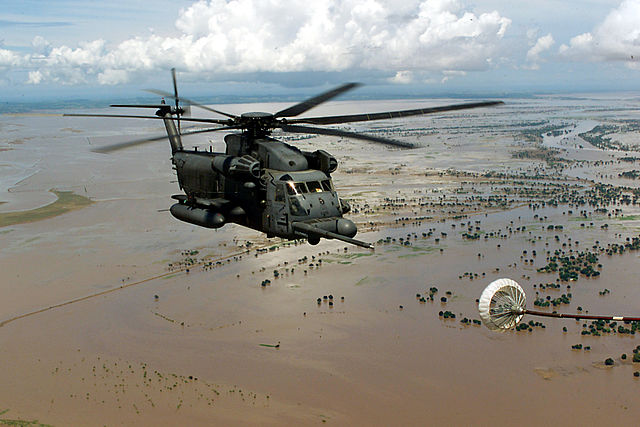 East African nations have been warned to prepare for three months of intense El Niño rain.

Local and international meteorologists are predicting torrential rains from September to December across the region, although downpours could extend to February next year in some parts of the greater Horn of Africa.

Which means governments are being urged to take preventative measures to minimise the potential damage caused by the phenomenon – predicted to be the strongest of its kind since records began.

El Niño events occur every 2-7 years when warmer sea temperatures cause unprecedented weather and ecological effects around the world. The last major global event was in 1997-8 but Uganda suffered severe floods as recently as 2006 due to El Niño rains.

The effects of El Niño vary across the world but for East Africa they typically include torrential rains and strong winds. The risk of floods is very real and the damage from El Niño in 1997 also lead to cholera and malaria outbreaks and severe infrastructural damage.

East African nations have developed a great deal since then, but even the most developed countries in the region could face economic, agricultural and health crises from severe El Niño weather – and governments are being urged to take preventative action to ensure none of the progress countries have made over the last two decades is undone.

“The heavy rains will definitely cause destruction of infrastructure, hence East African countries will have to set money aside for rehabilitation and repair once the rainy season ends.”

Kenya, Uganda, South Sudan and the southern parts of Somalia and Ethiopia are expected to receive ‘above normal’ levels of rainfall over the next three months.

“Defense.gov News Photo 000320-F-5772H-008” by Tech. Sgt. Cary Humphries, U.S. Air Force – This Image was released by the United States Air Force with the ID 000320-F-5772H-008 (next).This tag does not indicate the copyright status of the attached work. A normal copyright tag is still required. See Commons:Licensing for more information. Licensed under Public Domain via Commons.