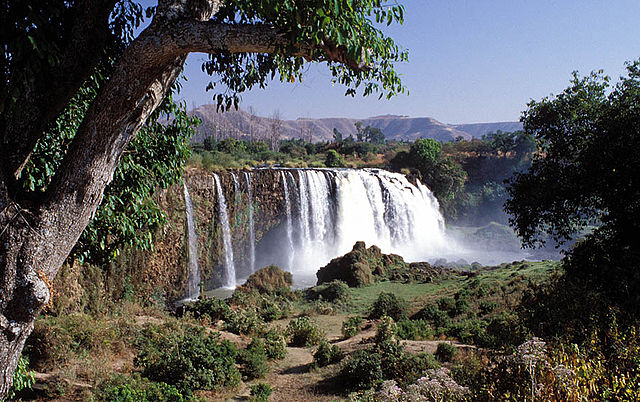 Tensions between Egypt, Ethiopia and Sudan have flared over the construction of the Grand Ethiopian Renaissance Dam on the Blue Nile.

Egypt President Abdel Fattah Al-Sisi on Thursday said the Nile is “a matter of life and death” for his country and accused Ethiopia not cooperating on reducing the negative impacts of the dam on Egypt. Meanwhile, Sudan has now entered the debate, accusing Egypt of taking more than its fair share from the river and demanding compensation.

Egypt fears that Ethiopia’s dam will reduce its access to water from the Nile river. The vast majority of Egypt’s 94 million people live in a delta by the coast with the Nile acting as the country’s vital fresh water supply. The rest of Egypt consists mostly of inhospitable desert land and the impact of Ethiopia’s dam ambitions is a major concern for the country.

Ethiopia responded to President Al-Sisi’s comments by insisting the dam is also a matter of life and death for itself.

Sudan is also directly affected by the construction of the dam but the country is now targeting Egpyt in the row. Sudan accuses Egypt of taking more than its share of water from the river and says Cairo’s concern is that the dam will allow Sudan to access more water form its own agreed allocation.

“It’s high time Egypt pays what it owes and for Sudan to get its full share,” Sudan’s foreign minister, Ibrahim Ghandour, said.

In November, talks between the three countries on how to manage the impact of the dam broke down. However, Ethiopia insists it will continue to work with both countries to establish fair use of the Nile waters.

“We will continue to work with Sudan and Egypt for a fair and equitable use of the Nile water. This water source is the key to alleviating hunger and reach a level of development that other countries have reached,” the Ethiopian ministry said.

Egypt has publicly recognised Ethiopia’s need to develop a dam in the Nile but insists it will not allow its share of water to be compromised.