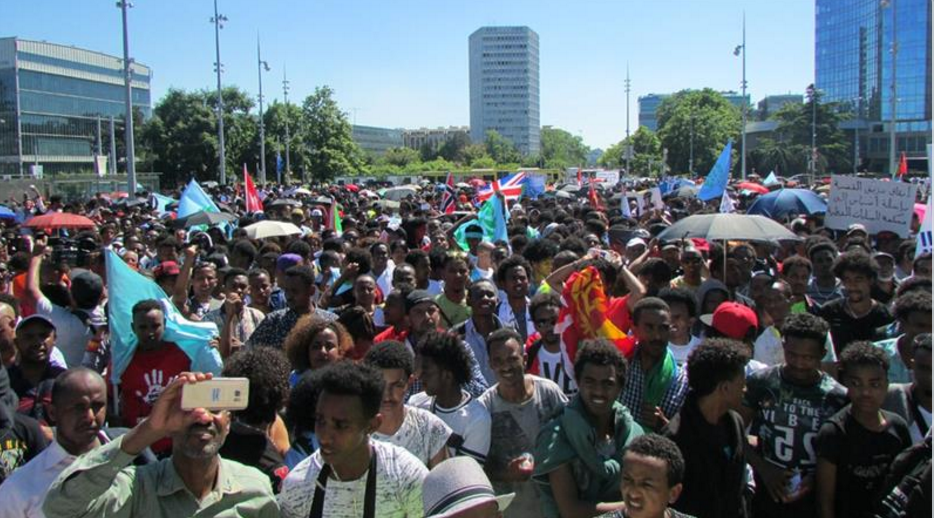 Thousands of Eritreans have gathered in Geneva to protest against human rights violations committed by the regime in their home country.

The rally comes after a UN commission report recently accused the Eritrean government of ongoing crimes against humanity since 1991. More than 10,000 Eritreans reportedly gathered from all across Europe to stage the rally, which took place outside the UN human rights office in Geneva.

Calls for end to rights abuses

“More than 10,000 justice-seeking Eritreans and their allies [are here] calling for an end to impunity and crimes against humanity in Eritrea,” he was quoted by Al Jazeera.

Meanwhile, Selam Kidane, who was involved in organising the mass demonstration travelled from the UK to demand justice.

“We sincerely hope that the world will see how bad things are in Eritrea and how determined Eritreans are to ensure accountability,” he said.

The recent UN report on alleged human rights violations in Eritrea has made an impact across Europe and East Africa alike. The report calls for Eritrean leaders to be investigated by the International Criminal Court, which has angered the country’s regime who called the report “partial and full of lies”.

Hundreds of Eritrean refugees and dissidents have also protested in the Ethiopian capital of Addis Ababa, calling for the indictment of Eritrea President Isaias Afwerki. Refugee camps across Ethiopia have also seen demonstrations take place as Eritrean’s everywhere speak out against their government.

“Everyone in Eritrea is very desperate at the moment due to the dire conditions at home,” said Bashir Isaac Abdulla, an organizer of the demonstration in Geneva. “Many of them want to escape from the country by any means, and that is why we are witnessing a massive migration of the youth.”