Eritrea Claims to Have Killed 200 Ethiopian Troops in Border Clash 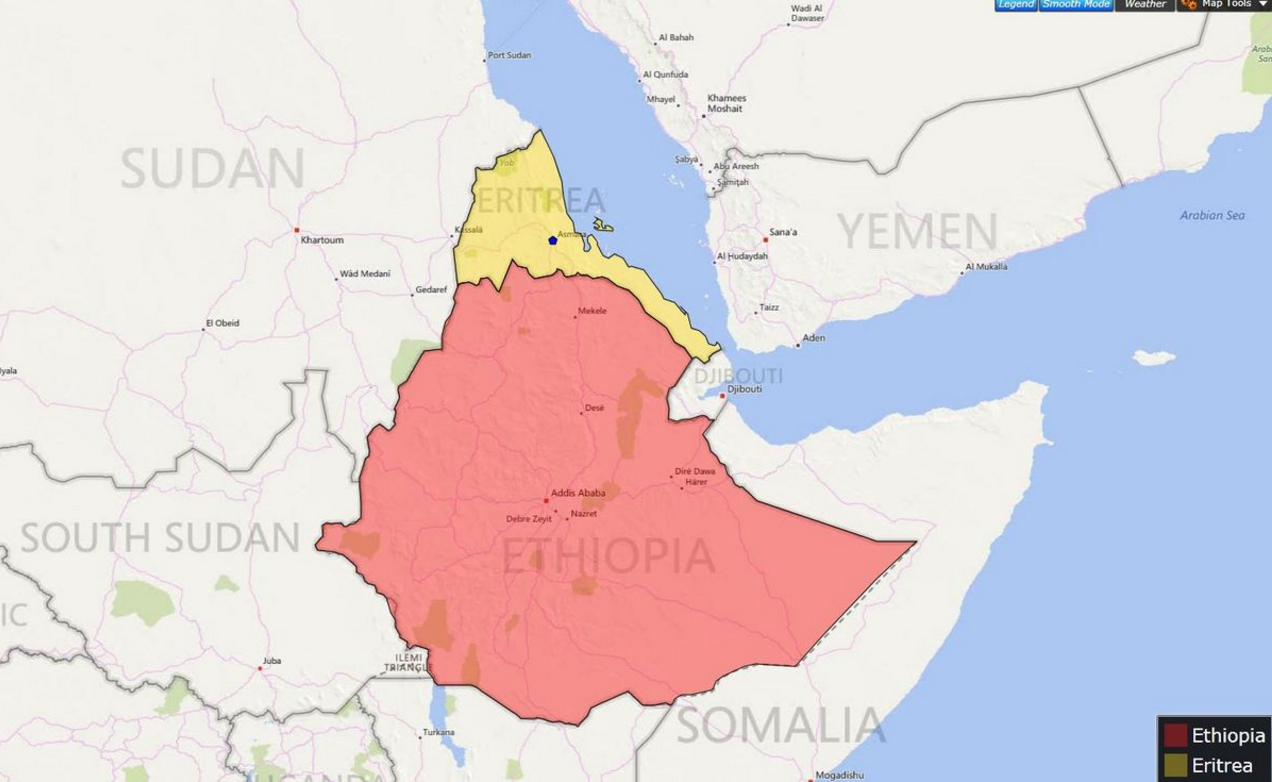 Eritrea claims more than 200 Ethiopian troops were killed in the latest border clash between the two countries.

Another 300 Ethiopian soldiers were wounded in the battle – which took place on June 12 – according to a statement released by Eritrea’s Information Ministry on Thursday. No figures have yet been released by Ethiopia to contest the numbers, which Eritrea claims are “conservative estimates”.

Tensions between the two neighbouring countries escalated on June 12 after fighting broke out in the Tserona region, roughly 74 km (46 miles) south of the Eritrean capital, Asmara.

The international community has called upon the neighbouring nations to show restraint as fears over war grow. The US Department of State expressed its concern over the latest border clash in a statement on Tuesday.

“We also urge both Ethiopia and Eritrea to cooperate in promoting stability and sustainable peace in the region,” spokesman John Kirby said.

UN Secretary-General Ban Ki-moon called for similar restraint, asking the countries to “refrain from any act or statement that could exacerbate the situation”. A United Nations boundary commission defined a border between the two countries in 2002, however Ethiopia refused to accept the ruling. UN peacekeeper troops had been stationed in the region until they were forced to pull out after what it called “crippling restrictions” from Eritrea.