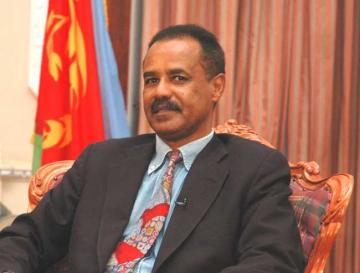 The Eritrean government has warned the UNited Nations that Ethiopia’s ongoing encroachment into Eritrean land is a threat to security in the Horn of Africa.

In 2002, a boundary commission ruled that the town of Badme belonged to Eritrea, following a bitter conflict between the neighbouring countries. However, despite Ethiopia initially agreeing to the ruling, the country later said it was dissatisfied with the verdict. To this day, Badme continues to be occupied by Ethiopian troops and tensions with Eritrea remain high.

“Another impediment in front of Eritrea, indeed in front of the whole Horn of Africa region is the 15-year-old occupation of sovereign Eritrean territory by Ethiopia,” he told the United Nations General Assembly during the 72nd session of the meeting of heads of state and government.

“Eritrea calls on the Security Council to ensure the end of this flagrant violation of international law and several UN resolutions.”

Tensions between the neighbouring countries remain high with Addis Ababa accusing Eritrea of planning attacks against Ethiopia. Meanwhile, Eritrea is frustrated that a border demarcation agreement signed in Algiers is yet to be implemented.

The isolated country is calling on the UN to put pressure on Ethiopia to respect the terms south out by the agreement and remove its troops from Badme.

Eritrea is also appealing to the UN to lift sanctions imposed upon it in 2009, which prevents the sale and supply of military equipment to the country. Incidentally, the 2009 arms embargo was a response to Eritrea refusing to withdraw troops from another disputed border territory – this one with Djibouti.