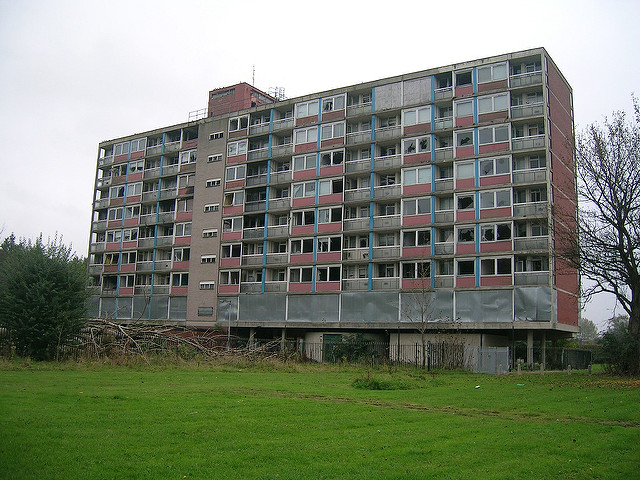 An Eritrean refugee living in the UK claims life in his Swansea council flat is worse than the one he fled five years ago.

He says he lives in fear due to the ‘bad people’ living there, who are known to be drug users and petty criminals. While his fears were recently justified after his flat was broken into and his valuables stolen.

Eritrea is notorious for human rights abuses and its ruthless national service system, but this hasn’t stopped 38-year old Biniam Omar feeling homesick at times. He says he has fled a country where the greatest danger is its political environment, while he now lives in an area where he fears the people around him.

“I feel frightened to open the door. There are many people drunk and taking drugs,” he says. “Whenever you open the door here there is a risk. People in Eritrea are nice and hard working — the only problem is the politics.”

His story recently made national headlines after his flat was burgled by 28-year old Phillipa Turner, who has since been jailed for the crime. Omar’s laptop, phone, clothes and other valuables were stolen during the burglary.

Surprised by life in the UK

For Omar, life in the UK hasn’t turned out quite the way he imagined when he arrived in Britain five years ago. During the trial of Phillipa Turner, prosecutors described him as “a religious man who does not drink alcohol,” which has made the transition particularly difficult.

Unfortunately for Omar, voicing concerns about his current living conditions haven’t earned him much sympathy in the UK, where attitudes towards immigrations and migrants continue to deteriorate.

“I would say this man should count himself lucky for what he has,” one local said about Omar’s comments. “A lot of other people might like to move to some leafy suburb – but you live with what you’ve got.”