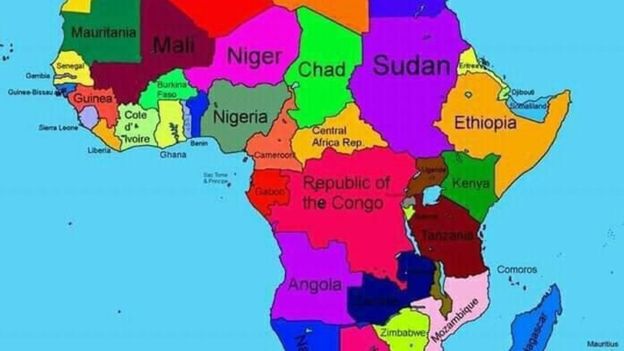 Ethiopia’s foreign ministry has apologised after a map of Africa appeared on its website showing neighbouring Somalia as Ethiopian territory.

The map depicts incorporates Somalia as part of Ethiopia but clearly defines the self-declared territory of Somaliland – which is not internationally recognised as a country – as an independent state.

The map was published on Ethiopia’s Ministry of Foreign Affairs website over the weekend, quickly prompting criticism from social media users who spotted the controversial image.

Likewise, Somalia and Ethiopia have never been a single state but the neighbouring countries have fought over territorial and border disputes since gaining independence from colonial rule.

“We have noticed that a wrong and unacceptable image of the Map of Africa has crept in on the Web site of the Ministry of Foreign of Affairs of the Federal Democratic Republic of Ethiopia,” Ethiopia’s Ministry of Foreign Affairs said in a statement on Sunday. “Upon becoming aware of the matter, we have immediately removed it from our Website.”

The statement has been viewed more than 13,600 times on the ministry’s official website and multiple tweets related to the issue have gone viral on social media.

“We sincerely regret for any confusion and misunderstanding this incident might have caused,” the ministry said.