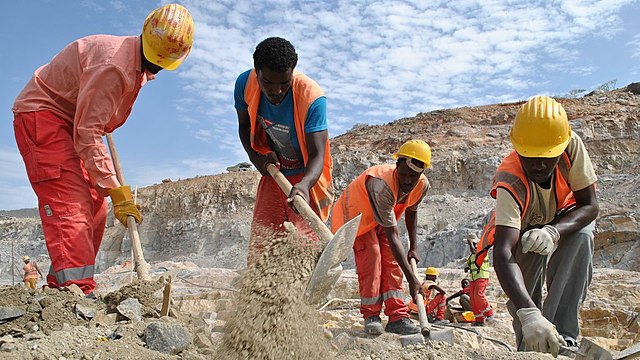 Ethiopia is calling upon the services of two Chinese construction companies in a bid to accelerate the pace of its Grand Renaissance Dam (GERD) project.

The Ethiopian Electric Power (EEP) on Tuesday signed a $40m contract with China Gezhouba Group Co. Ltd (CGGC), which will handle the pre-commissioning activities at the dam.

Meanwhile, a $113m contract has also been signed with Voith Hydro Shanghai that includes the electrical, mechanical, and various civil/structural works required to complete the construction of the generating station and spillways of GERD, which is expected to be operational in 2020.

Last year, Ethiopian prime minister Abiy Ahmed cancelled the contract of a state-run military conglomerate Metals and Engineering Corporation (METEC), which was responsible for building the dam’s turbines. However, Abiy said that not a single turbine was operational at the time, more than seven years after the company was awarded the contract.

The Grand Ethiopian Renaissance Dam was originally expected to be completed in 2017 but design changes and a string of administrative problem have held back progress. Former project manager Simegnew Bekele was found dead in his car in October last year with a gunshot wound in his head, after apparently killing himself.

Allegations of corruption are growing and tensions between Ethiopia and Egypt over the project continue to raise questions about the 6,000-megawatt construction.