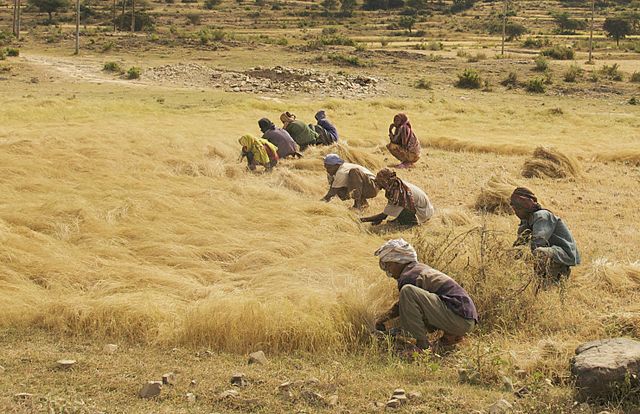 The Ethiopian government is calling on the country’s private sector for help in its battle against drought and land restoration efforts.

Ethiopia is suffering from its worst drought in 50 years due to the strongest El Nino weather patterns seen in decades. The severe drought combined with ongoing land degradation is placing the East African nation back into a crisis it fought so hard to get out of over the last 20 years

In December last year, Ethiopia agreed to join the African Forest Landscape Restoration Initiative (AFR100), which aims to restore 100m hectares of land across the continent by 2030. The country had already started devoting resources and creating programs to meet that target, but public funds are expected to be short and the government has called in the private sector to invest in land restoration projects.

The aim is to create financial incentives for investors to get active in restoration and help fund its success. AFR100 has approached a number of impact investors, reportedly earmarking $546m for its land restoration project.

Land restoration is seen as a key battle in Ethiopia’s latest fight against drought and the threat of famine. The country’s crops failed heavily last year, plunging more than 10 million people into food crisis – over 10% of the population.

Drought combined with increased use of land and poor management leaves Ethiopia with less farmable land to work with. It’s a complex problem with many contributing factors, but one that Ethiopia needs to fix before it can secure itself against famine and cope with future El Nino weather patterns.

Ethiopia will have to largely do it alone, too. The country’s 1980’s famine was the headline global crisis but things are very different now. The East African country is one of the fastest growing economies in the world while the number of countries seeking aid has vastly increased.

So Ethiopia has to act now if it wants to prevent a second famine in as many decades and establish food sustainability in the country.

By A. Davey from Where I Live Now: Pacific Northwest – The Teff Harvest, Northern EthiopiaUploaded by Elitre, CC BY 2.0, https://commons.wikimedia.org/w/index.php?curid=21920139