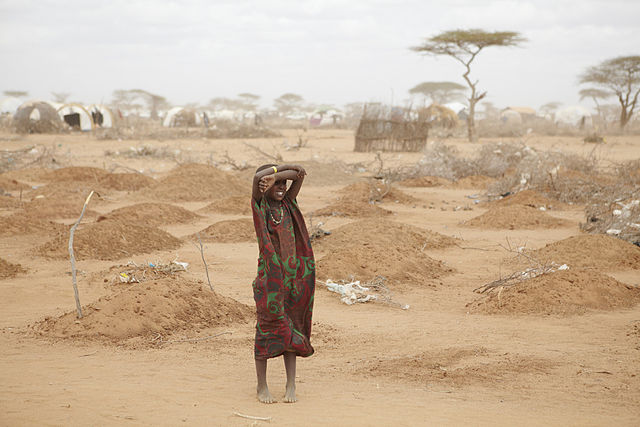 Ethiopia today moved to correct reports suggesting it will run out of emergency food aid for 7.8 million people by the end of June.

Multiple aid groups and sources from inside Ethiopia reported that the government can’t match the $381m additional budget allocation for emergency food aid that has been in place for the last two years, putting almost 8 million vulnerable people at risk.

Ethiopia says it can cope with shortage

Mitiku Kassa admits there will be a food aid shortage by the end of June, but insists the country can cope with the problem. He says the 7.8 million figure circulating yesterday is an overestimation and claims Ethiopia will find the necessary funds if international aid falls short.

“It’s true that in some areas food will run out by the end of the month but this will only affect around 1.7 million people,” he said today.

“We expect the donor community to step in to fill that gap and we are hopeful. But if they fail to do that, we will have to use some of our development budget to provide emergency assistance to our people.”

Kassa’s comments come after various aid groups voiced their concern in recent days over the upcoming food aid shortage. John Aylieff of the World Food Programme was among those voices:

Ethiopia has previously been accused of downplaying the extent of ongoing famine in the country – particularly since El Niño weather prompted the worst drought experienced in the Horn of Africa for 30 years.

Featured image: By Oxfam East Africa – A mass grave for children in Dadaab, CC BY 2.0, https://commons.wikimedia.org/w/index.php?curid=16001983