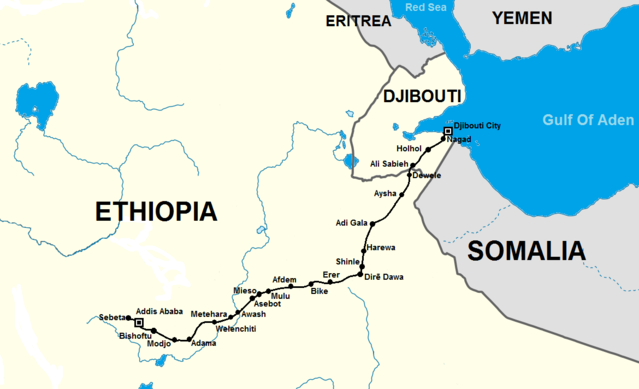 The Chinese-built railway will carry both passenger and freight services between Ethiopia’s capital, Addis Ababa, and the small port nations of Djibouti. Speaking at a ceremony in the capital, Ethiopian Minister of Transport, Ahmed Shide, said the project marks a new standard for China-Africa relations.

Better ties for all involved

Djibouti Ambassador to Ethiopia, Mohamed Idriss Farah, says the project will significantly contribute to the economic partnership between Djibouti and Ethiopia.

While Djibouti – and Africa in general – will also enjoy closer ties with China now that the project has successfully begun commercially operating. Chinese Ambassador to Ethiopia, Tan Jian, says the project signifies deeper relations between his country and the African continent.

“It is the first trans-boundary and longest electrified railway on the African continent. We, the Chinese, see this as earlier harvest project of the Belt and Road initiative. It is regarded by many as a lifeline project for both countries, for Ethiopia and for Djibouti. And we see this as a railway of development; as a railway of cooperation; and as a railway of friendship,” he said.