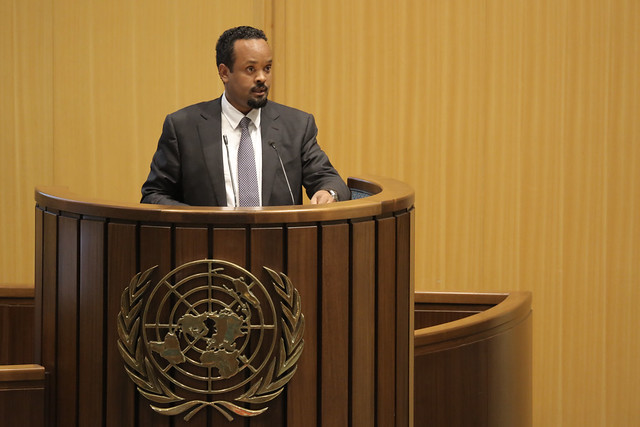 Ethiopia’s government says it is considering significant economic reforms as part of an effort to ease the country’s foreign currency shortage.

State-run news agency ENA quoted finance minister Ahmed Shide on Saturday as saying the government has designed a “comprehensive reform strategy” to sustain and boost economic growth with a lack of foreign currencies proving to be one of the major hurdles.

“Foreign exchange is one of the major bottlenecks currently, and we are working comprehensively to address that,” was quoted as saying by Ethiopian News Agency. According to Shide, the government’s policy of privatizing major industries and opening up the country to foreign investment will be crucial in dealing with the current deficit.

“The privatization we are embarking on will contribute significantly to that. It will bring significant foreign exchange,” the minister said.

Prime Minister Abiy Ahmed has relaxed the country’s policy of state ownership of major enterprises and industries since coming into power in April last year. The move towards greater privatisation and foreign investment should result in a greater income of foreign currencies and the country is also looking to boost exports in key sectors – namely agriculture.

“We are also working on boosting our export performance and productivity on agricultural commodities, mining, tourism and other components of the service sector. All those strategies will help to significantly support our earnings from exports,” Shide said.