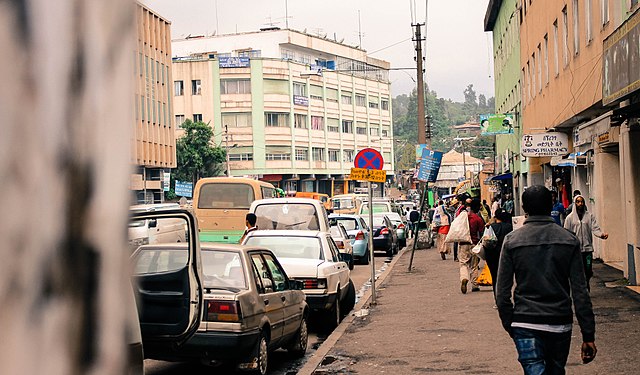 Ethiopia deployed the military in the country’s capital on Wednesday in response to protests and unrest that has killed more than 80 people over the previous two days.

Protests erupted in the capital, Addis Ababa, and the Oromia region on Tuesday morning after the fatal shooting of popular singer Haacaaluu Hundeessaa on Monday. Police described Haacaaluu’s shooting as a targeted attack and the incident has further stoked tensions between Ethiopia’s largest ethnic group, the Oromo people – of which the pop star belonged to – and authorities in the country, as well as other ethnic groups.

Police confirmed on Wednesday that 81 people had been killed in protest violence and unrest since demonstrations began on Tuesday, including three Oromia special police force officers. Armed groups were seen roaming the streets of Addis Ababa, some of whom were armed with machetes and sticks, while gunshots could be heard from numerous neighbourhoods as unrest intensified.

Locals said youths of Oromo origin had armed themselves and skirmishes broke out with other ethnic groups in the capital, as well as skirmishes between the police and several ethnic groups.

By Wednesday, the military had been deployed in numerous areas of the capital in an effort to calm the unrest ahead of Haacaaluu’s funeral, which is scheduled for Thursday in his home town of Ambo. His assassination has reopened long-standing ethnopolitical wounds among the Oromo people, many of whom feel they have been marginalised and politically isolated by the government.

Haacaaluu provided the soundtrack for years of protests that were largely driven by the Oromo ethnic group and ultimately forced regime changer after former prime minister Hailemariam Desalegn resigned in 2018 after a series of violent attempts to quash the movement.