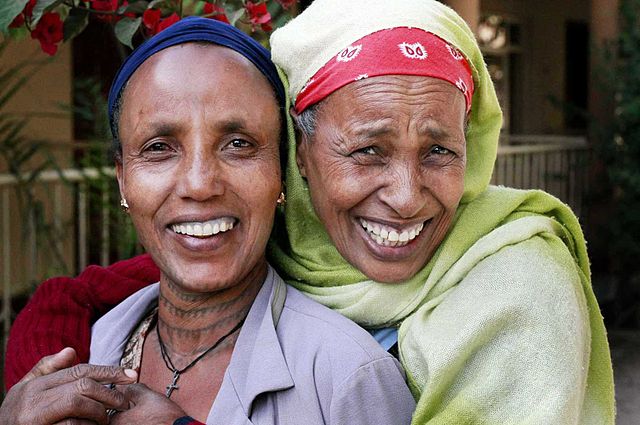 Ethiopia has been named as the world’s most welcoming country in an open poll on popular travel site Rough Guides.

Uganda also made the top three while Kenya sits at seventh in a list of the ten most welcoming countries in the world. The site describes Ethiopia as “profoundly beautiful” in a poll that supports East Africa’s rise as a tourist destination.

Rough Guides took to social media to ask its followers for their pick of the most welcoming countries they’ve experienced. With more than 340,000 followers on Facebook and Twitter alone, the popular website has plenty of travel enthusiasts to call upon for feedback – and East Africa stands out on the list of results:

Three East African countries make the top ten, alongside two representatives from Southeast Asia and South America respectively. While Ethiopia and Uganda take top and third spots in the poll, sitting either side of India in second place.

Ethiopia is emerging as a potential leader for tourism in Africa, already showing signs of becoming East Africa’s hottest destination. Last year, Ethiopia was named as the world’s best tourism destination by the European Council on Tourism and Trade.

Now it’s being called the most welcoming country in one of the most popular online travel resources.

Rough Guides praises Ethiopia for its beauty and rich culture:

Top of the list sits Ethiopia, a profoundly beautiful East African country with a history that stretches back many thousands of years. It was never colonised, so the tribal customs and hospitable traditions you can see here are largely just as they’ve always been. Take the Ethiopian coffee ceremony: the women of the household meticulously roast, grind and boil the aromatic beans, before presenting three consecutive cups of exceptionally fresh coffee to their guests. The process can last for hours, but it’s considered a real mark of friendship. – Rough Guides

Despite unrest in parts of Ethiopia over the last couple of years, tourism numbers continue to rise and investment – both foreign and domestic – paints a positive picture for tourism in the East African country.