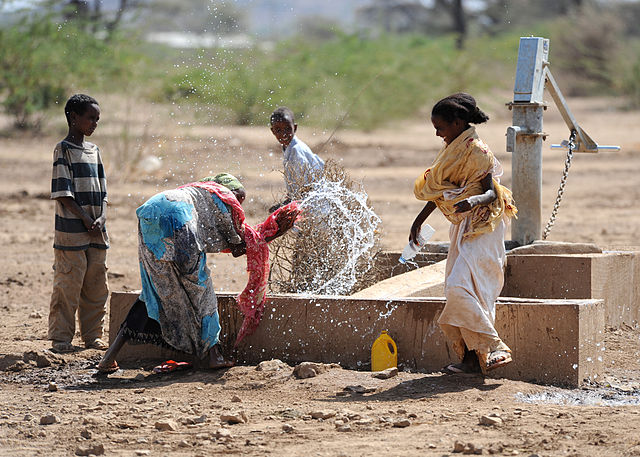 Ethiopia is being cited as a “development leader” on the African continent as it looks set to meet Millennium Development Goals (MDG) set out by the UN.

Ten years ago Ethiopia was famous for poverty, famine and infant deaths but the African nation has slashed its child mortality rate by half in little over a decade.

A decade of improvement

Increased spending in healthcare, poverty reduction and education means that twice as many children are now in school and child mortality rates have fallen, even in remote areas of the country.

“Our government has a policy of reaching the hard-to-reach parts of the country and focusing on prevention of disease, health promotion ans transferring responsibility to individual families,” he told UNICEF.

“To do that, we designed a community health extension programme, our flagship programme. With commitments of governments and the community it is really possible to make a difference and to save the lives of millions of children and mothers across Africa.”

In a report by the Gates Foundation Ethiopia’s agricultural investment has been a major factor in the country’s rapid development, cutting poverty by seven percent between 2005 and 2011.

Ethiopia has pioneered with its Productive Safety Net Programme (PSNP), largest social protection scheme across Africa, which pays seven million Ethiopians in food or cash in return for working on agricultural projects that maintain food production and reduce famine.

The programme provides a safety net for Ethiopians on the brink of poverty, but also invests their efforts into further developing an agriculture that largely drives the nation’s progress.

The Gates Foundation Report, entitled One foot on the ground, one foot in the air, hails the Ethiopian Government’s “single goal” policy to reducing poverty, but its “multidimensional approach” to tackling the issue.

However, the report also gives a clear indication of how much work still needs to be done, despite progress so far.

Featured image:
“US Navy 110311-N-SN160-227 Ethiopian children play in the water of a well built by Seabees assigned to Naval Mobile Construction Battalion (NMCB) 7” by U.S. Navy photo by Mass Communication Specialist 2nd Class Michael Lindsey – This Image was released by the United States Navy with the ID 110311-N-SN160-227 (next).This tag does not indicate the copyright status of the attached work. A normal copyright tag is still required. See Commons:Licensing for more information. Licensed under Public Domain via Commons.