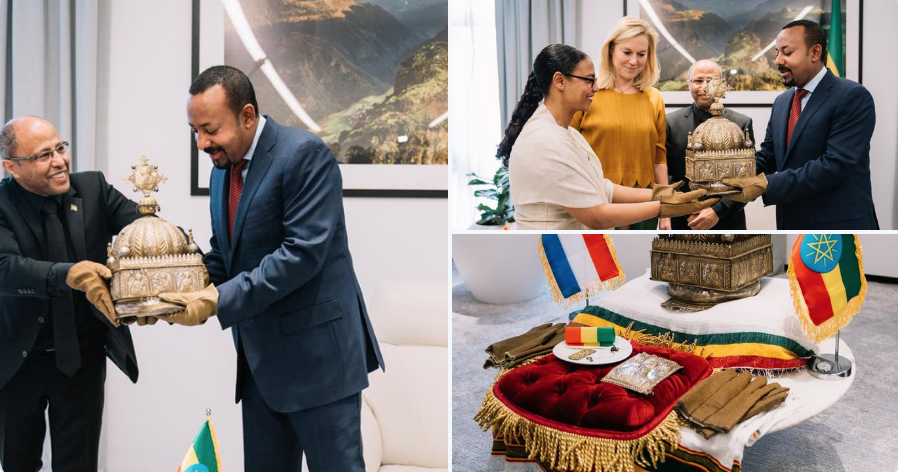 The Dutch government returned an 18-century ceremonial crown to Ethiopia on Thursday, which was stolen from the East African nation 21 years ago.

The crown went missing from a church in Ethiopia more than two decades ago and its disappearance remained a mystery until a Dutch national of Ethiopian origin revealed that the priceless artefact “came into his hands” back in 1998. He contacted Dutch authorities last year to reveal the item was in his possession and seek its return to its country of origin.

Last year, Sirak Asfaw approached the Dutch Ministry of Foreign Affairs to inform them that he had the stolen crown in his possession. He contacted them to discuss how the precious item could be returned to Ethiopia, the ministry said in a statement.

Asfaw, who was born in Ethiopia before emigrating to the Netherlands in the late 1970s, told AFP that he found the crown in a suitcase left behind by a guest who stayed at his apartment. He says he kept the crown in his possession due to reluctance to return it to the same regime it was originally stolen from and concerns it might be loaned back to Ethiopia, rather than returned, as happened with a Nigerian Benin bronze which the British Museum only offered to return temporarily.

In April 2018, Ethiopia selected Abiy Ahmed to become its new prime minister, prompting significant regime change and a new period of political reforms. The prime minister attended a handover ceremony on Thursday to officially receive the artefact, which was also attended by Asfaw.