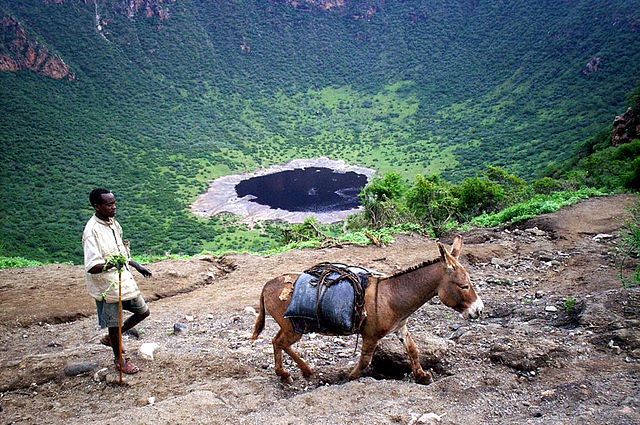 Ethiopia’s tourism industry is booming after revenue jumped 20.7 percent to a record $3.5 billion in 2015.

Data from the Ministry of Culture and Tourism shows Ethiopia is becoming East Africa’s hottest travel destination. Home to nine UNESCO World Heritage sites, the country was also named the ‘World’s Best Tourism Destination’ for 2015 by the European Council on Tourism and Trade.

Kenya, which has struggled to maintain tourism levels due to security fears, dropped 3 percent to earn $837 million from tourism in 2015. Tanzania also saw a drop in visitors the same year, earning $1.93 billion. That’s a combined $2.77 billion compared to Ethiopia’s $3.5 billion. Which only goes to show how far Ethiopia is coming along as a tourist destination.

The landlocked country doesn’t have any beaches to promote, unlike its neighbours. However, travellers flock to the East African nation for very different reasons it seems.

“What Ethiopia offers to tourists, different from Kenya and Tanzania, is history and culture,” tour operator Tony Hickey told the Daily Mail.

By Katy Anis – This file has been provided by UNESCO (unesco.org) as part of a GLAM-Wiki partnership.This tag does not indicate the copyright status of the attached work. A normal copyright tag is still required. See Commons:Licensing for more information.Deutsch | English | Français | Македонски | Русский | +/−, CC BY-SA 3.0-igo, https://commons.wikimedia.org/w/index.php?curid=37385994