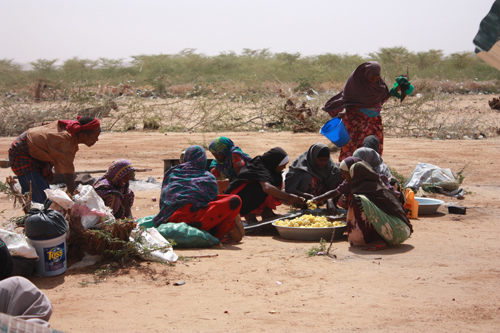 Ethiopia and Uganda are being praised for their “open door” refugee policies in what the UN describes as “the largest humanitarian crisis” in its history.

Tuesday marked World Refugee Day for 2017 – a year which, so far, has prompted various calls from the UN and aid groups for help from the international community to alleviate a wide range of factors contributing to the global migrant crisis.

The European Union has offered Uganda €85 million to help fund relief operations for hundreds of thousands of refugees, most of whom come from neighbouring South Sudan.

Uganda is home to around 1.3 million refugees, of which 950,000 are estimated to have fled from South Sudan.

Christ Stylishness, the EU’s commissioner for humanitarian aid and crisis management, praised Uganda’s efforts in a statement on Thursday.

“Uganda’s example of helping vulnerable people cope with displacement is an example for the whole region and the world,” he said.

“Ethiopia is a very good model of how a country with limited resources and a great challenge of its own keeps its doors open, its arms open to people from neighbouring countries that are in trouble and seek protection here,” he told journalists upon his arrival.

Ethiopia and Uganda both adopt open door refugee policies that allow people from surrounding countries freedom of movement, the right to work and systems to buy property and start businesses.

However, these policies are coming under increasing strain as the number of refugees pouring in continues to rise and both countries face their own domestic challenges.

Both the UN and EU are calling on other nations to help reduce the burden on the two East African nations. Uganda is currently ranked as the world’s most refugee-friendly country with Ethiopia following closely behind.

Last month, concerns were raised about Ethiopia’s ability to maintain its supply of emergency food aid to its own people suffering from the impact of drought.