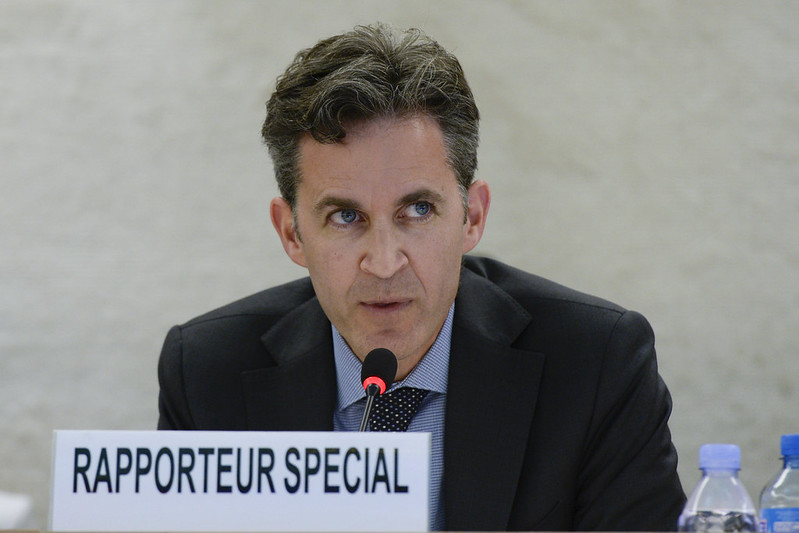 A senior UN official has called for Ethiopia to put an end to internet shutdowns and revise controversial hate speech laws that could be used to suppress free speech.

Speaking at a press conference in Addis Ababa on Monday, David Kaye, the U.N. special rapporteur on freedom of expression, praised the reform policy of Prime Minister Abiy Ahmed but raised concerns over ongoing censorship issues.

“The government continues to think that internet shutdowns are a tool they should use and I want to strongly urge them not to use them as tools and to commit not to using them,” David Kaye told reporters in the Ethiopian capital on Monday.

The internet was once again shut off on Thursday, during the rapporteur’s one-week visit to the country. On this occasion, the outage was brief and the government said it was part of efforts to contain a cyberattack targeting financial institutions – another pressing issue across East Africa.

However, the shutdown brought the topic to attention yet again, prompting the UN’s David Kaye to call upon the government to stop using internet shutdowns. He also took the opportunity to call upon Ethiopia to revise a new draft of hate speech laws that could be used to suppress freedom of speech.

Prior to Abiy Ahmed coming into power last year, vague terrorism laws were used to arrest and detain government critics and there are fears the new hate speech laws could be used in a similar vein, despite Abiy’s efforts to open freedom of speech during his tenure.